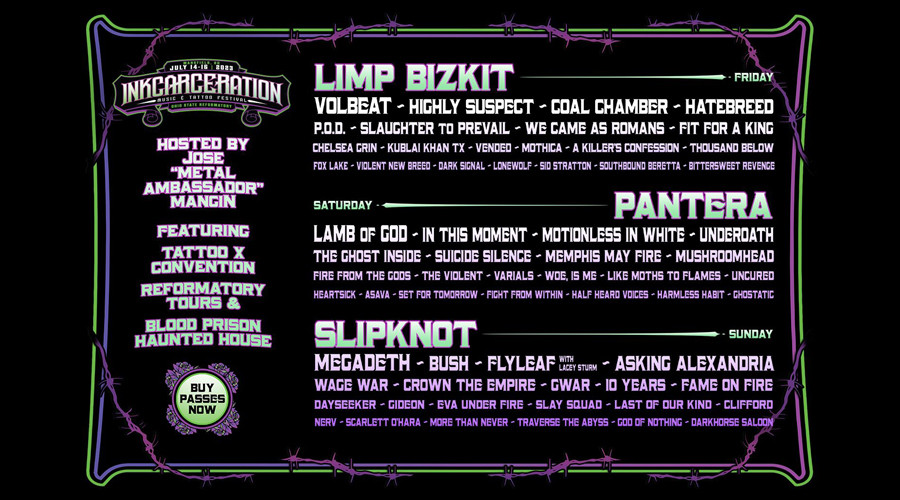 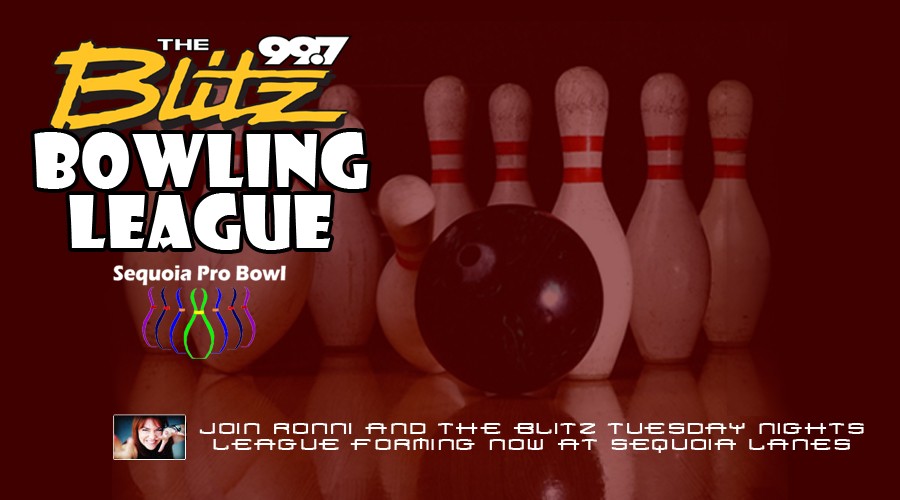 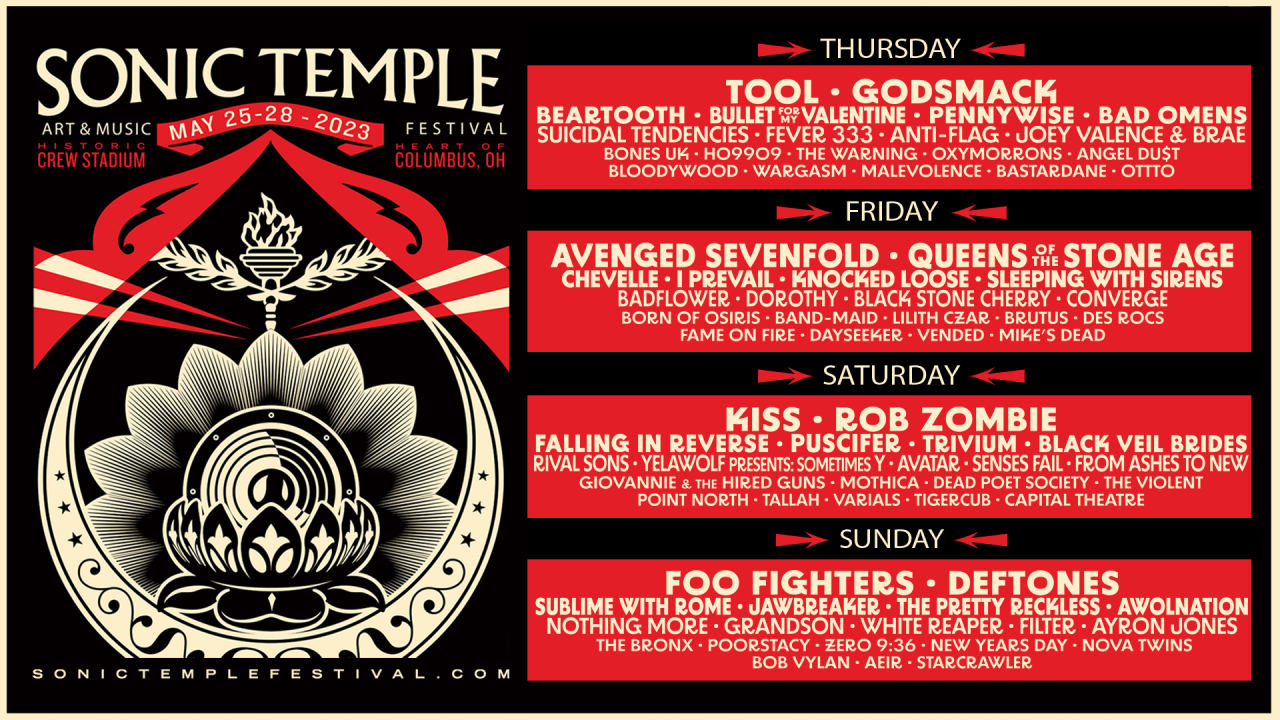 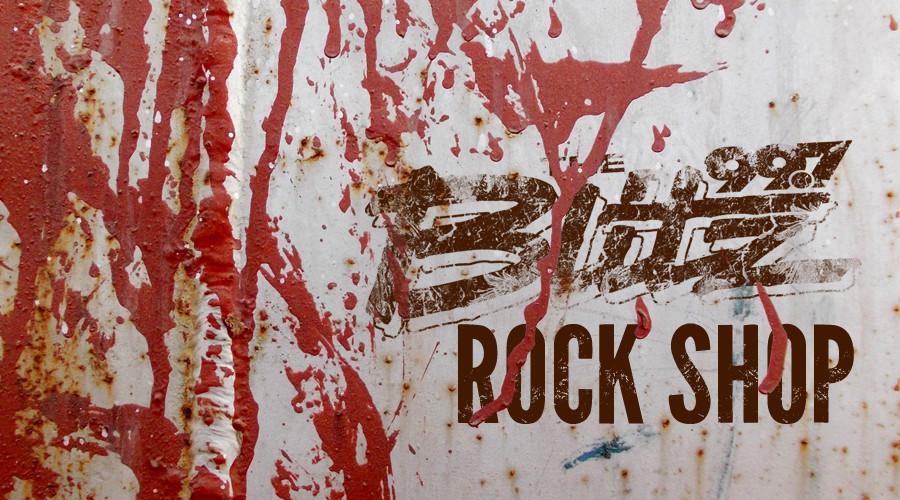 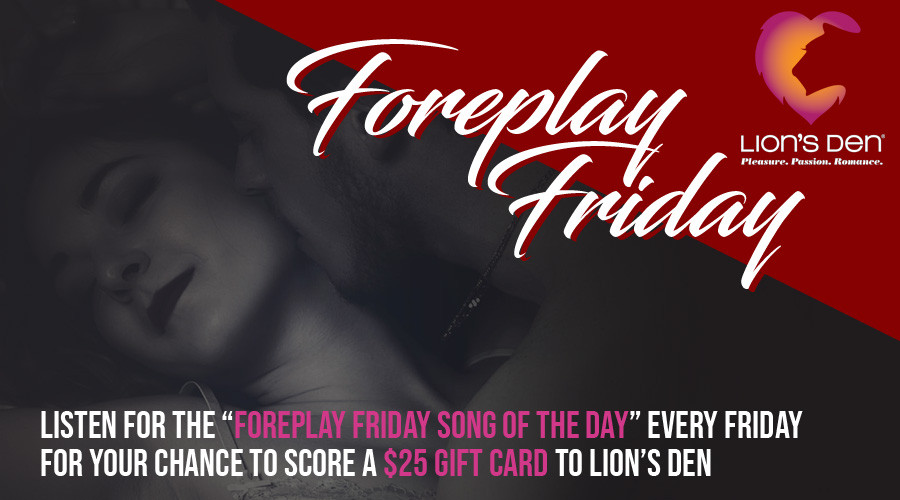 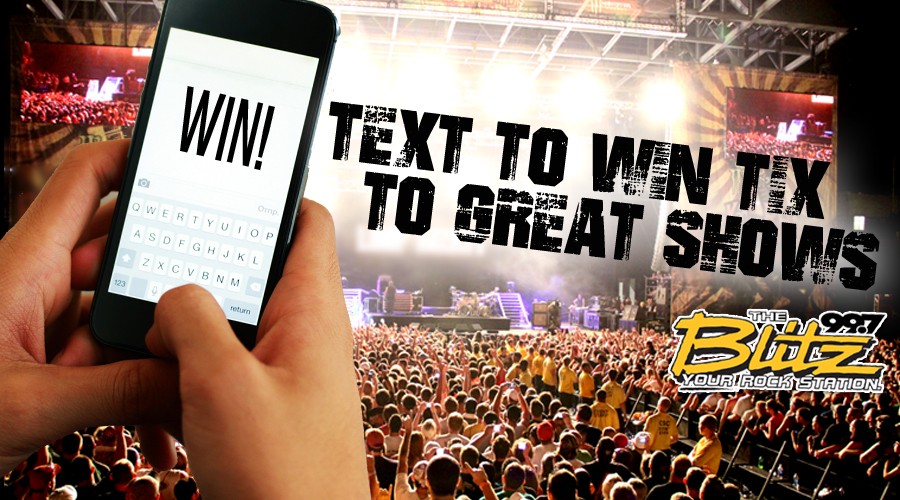 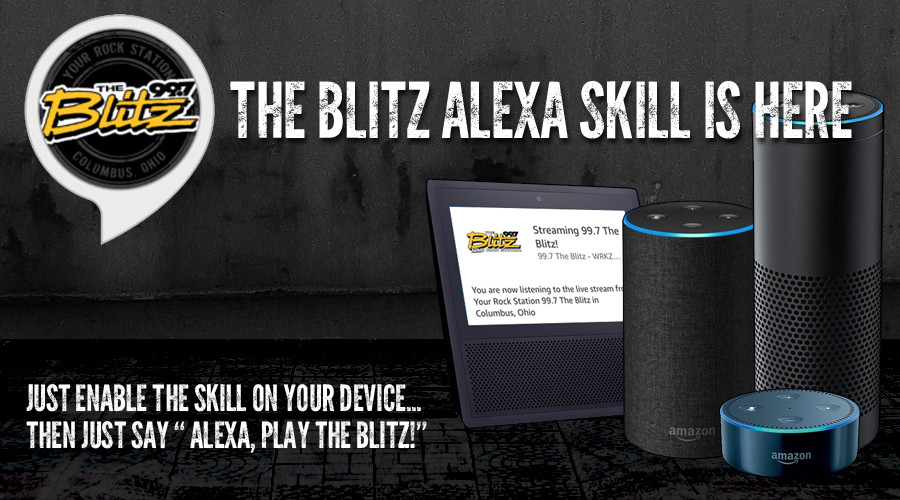 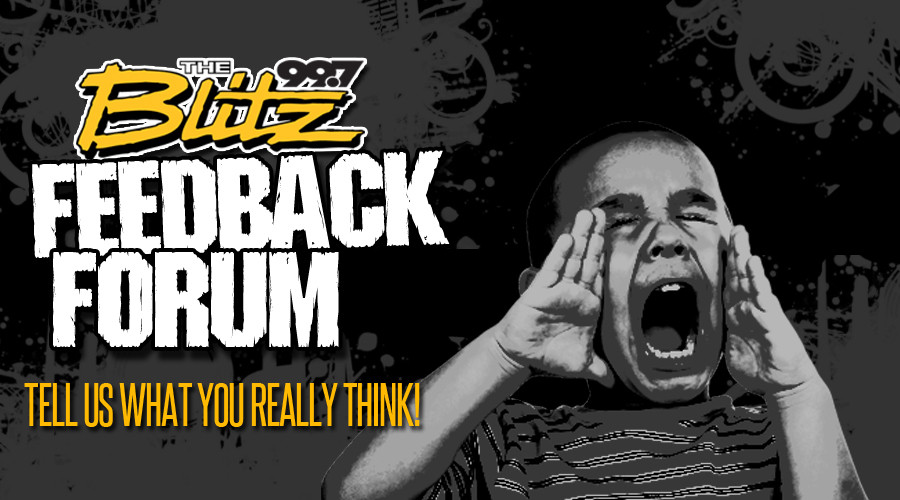 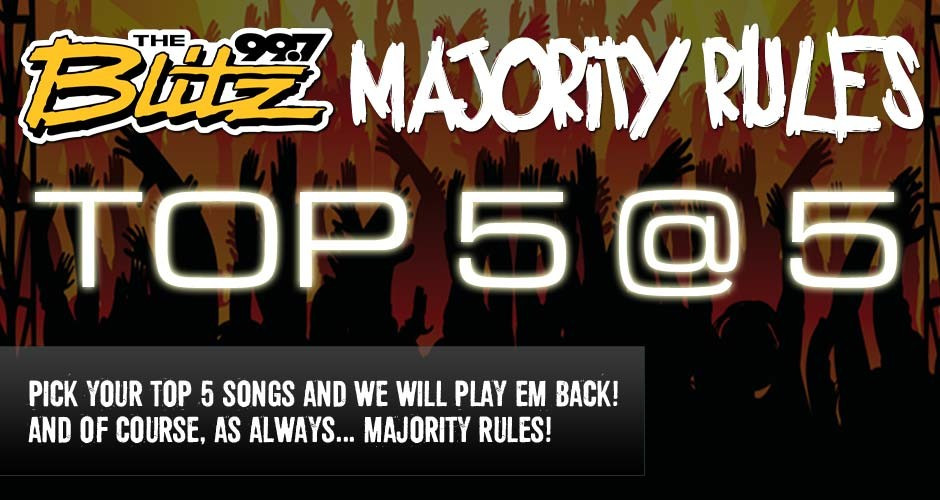 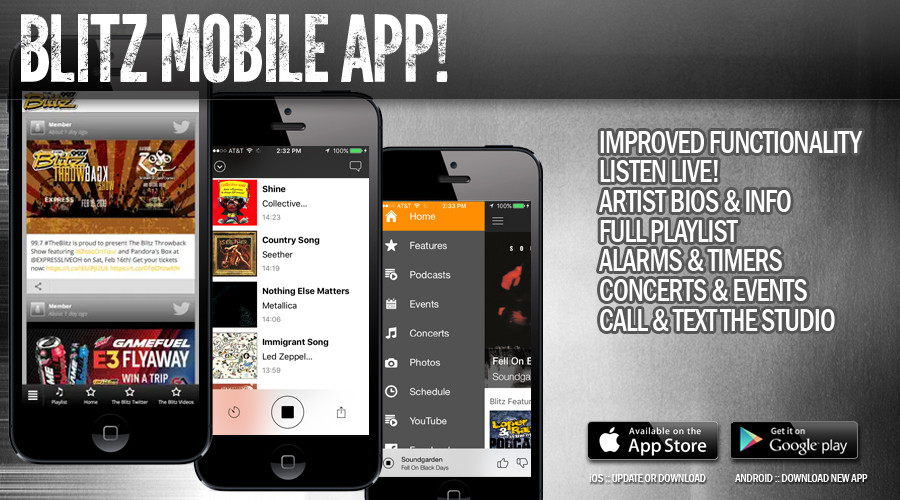 KORN "WORST IS ON ITS WAY (HEALTH REMIX)" annnnnd "HERE TO SLAY" HOT SAUCE! Dosage for Ears and Tongue! 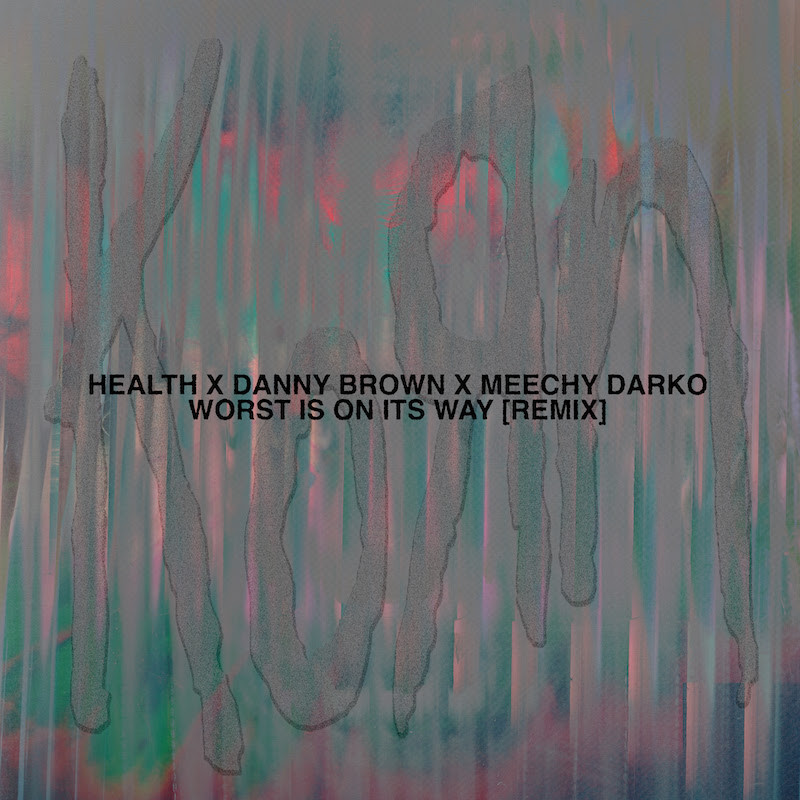 KORN have reimagined WORST IS ON ITS WAY in collaboration with noise rock band HEALTH, who previously worked with Nine Inch Nails, and features hip-hop artists Danny Brown and Meechy Darko. The song originally comes from Korn's 14th album 'Requiem'.

ALSO FIRE FANS! KORN have launched their own hot sauce... "Here to Slay" is an ode to their Bakersfield, CA roots. They worked together to create this recipe and curate the perfect spicy blend with a hint of pineapple to balance it out. Order a bottle now https://heatonist.com/products/korn-here-to-slay-hot-sauce 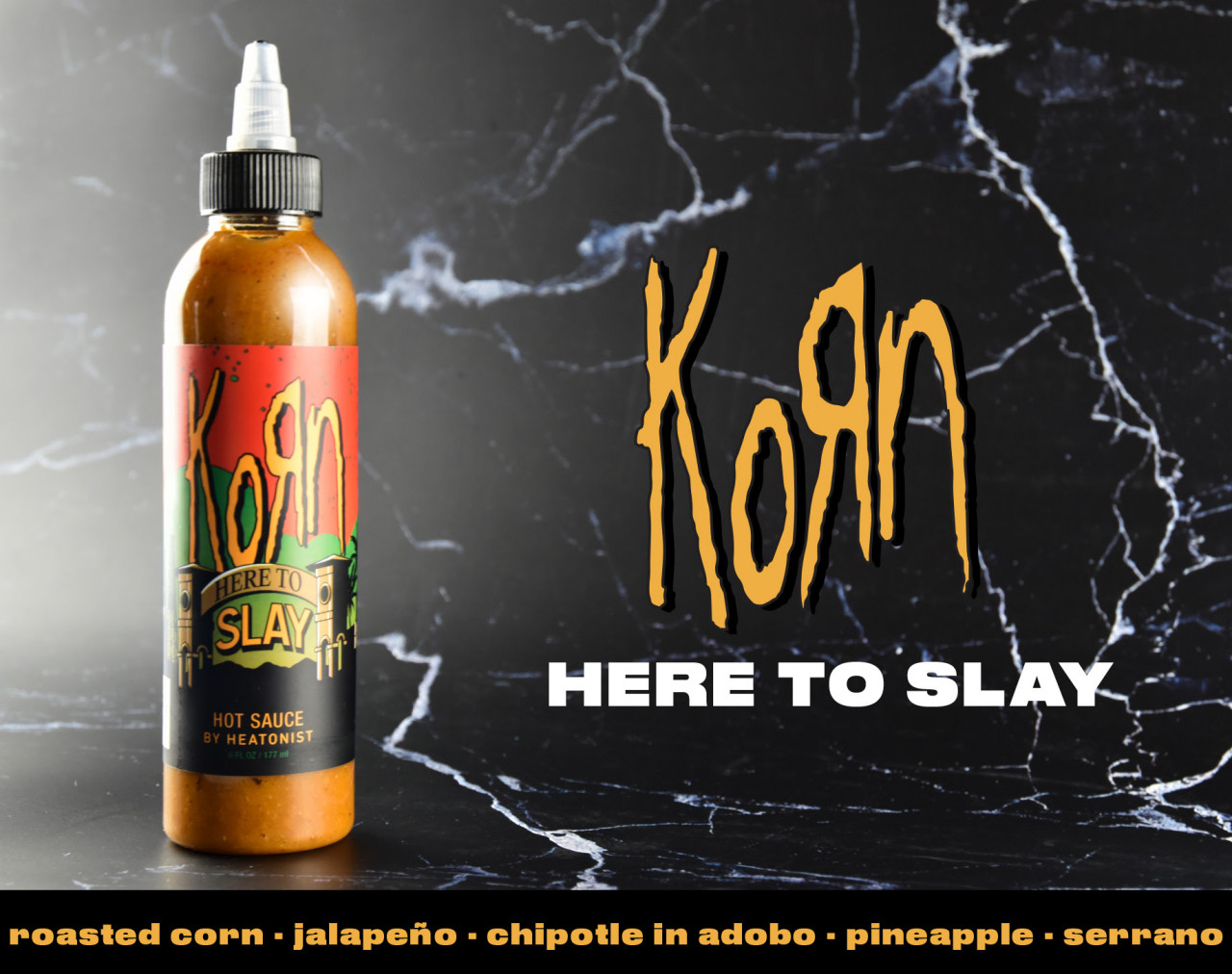 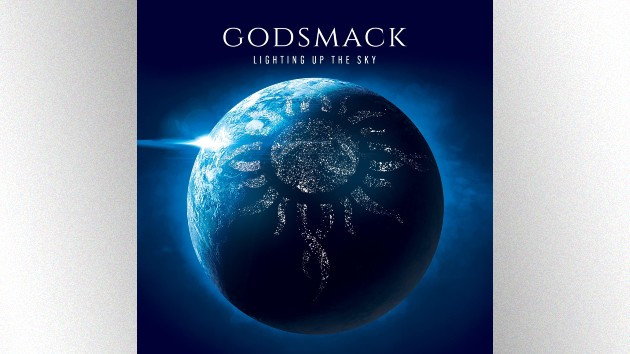 GODSMACK have revealed the details on their new album "Lighting Up the Sky". It's their eighth and reportedly final studio album from GODSMACK. It's scheduled to be released February 24, 2023. I traveled to Las Vegas at the end of September for a GODSMACK listening party with the band. I'm here to tell you...This Album MOVED ME!
Sully Erna says of this album - "'Lighting Up The Sky' Is the most important record, I think, we've ever written and recorded. I've never been that artist who says, 'Oh, this record is our newest record. It's our best work ever.' And I'm telling you right now this is our best fucking work ever. And it's because it's emotional, man. This is the last record we're ever gonna do. This is the last run around the mill for us. We put every single ounce of energy and emotion into this album. Especially for me, when I wrote a lot of these songs, it was about my life journey. That's really what the sequence of this album becomes about. Not that it was planned that way, but this really kind of mystical thing happened where I felt like the universe wrote this record."
Sully wants to clarify that GODSMACK does not intend to stop playing live shows anytime soon. "I wanna make sure people are clear about what we're saying here. I'm not saying that the band may be breaking up. What I'm saying is I think this may be the last body of work you get musically from the band. We'd like to be able to enjoy our lives, our family, our houses, the things that we've earned over the years that we've sacrificed. So I think the balance for that, the happy medium, is to be able to just go out there now and continue to do live shows and put the greatest-hits show together. I don't know what we're gonna do after this record. And it doesn't make sense to continue to do music. It really feels complete in a good way, in a positive way. We feel like we've honored our career, our relationships with our fans, and we're always gonna be there for them; we're gonna do shows. But as far as to continue this, after this [album], unless we just decide one day, 'Yeah, one more for the road,' I think this could be it for us with new music."
"Lighting Up the Sky" is GODSMACK's first studio album in nearly five years, since the release of "When Legends Rise" in 2018 making this the longest gap between two studio albums by GODSMACK. The opening track, "You And I" (watch the official visualizer video below), is available to stream now and is the second single from it. Sully Erna co-produced their new album Andrew "Mudrock" Murdock (Avenged Sevenfold, Alice Cooper). "Lighting Up the Sky" tells a story through each song....
"I like when a record takes you on a journey from front to back. I realized there's a whole story here about one man's journey, the ups, and downs. I believe it's a story everyone will connect to, on a human level, because we've all gone through things in life." - frontman/guitarist Sully Erna 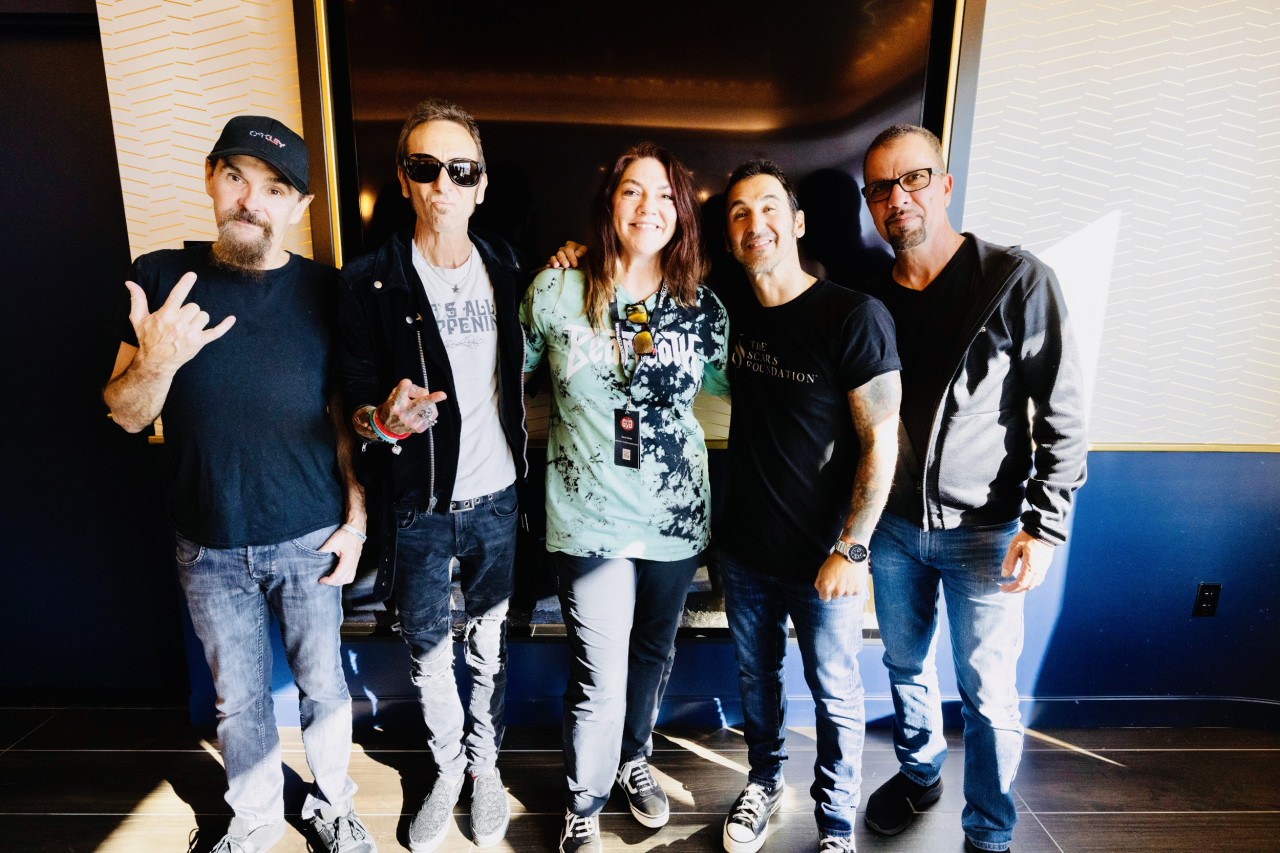 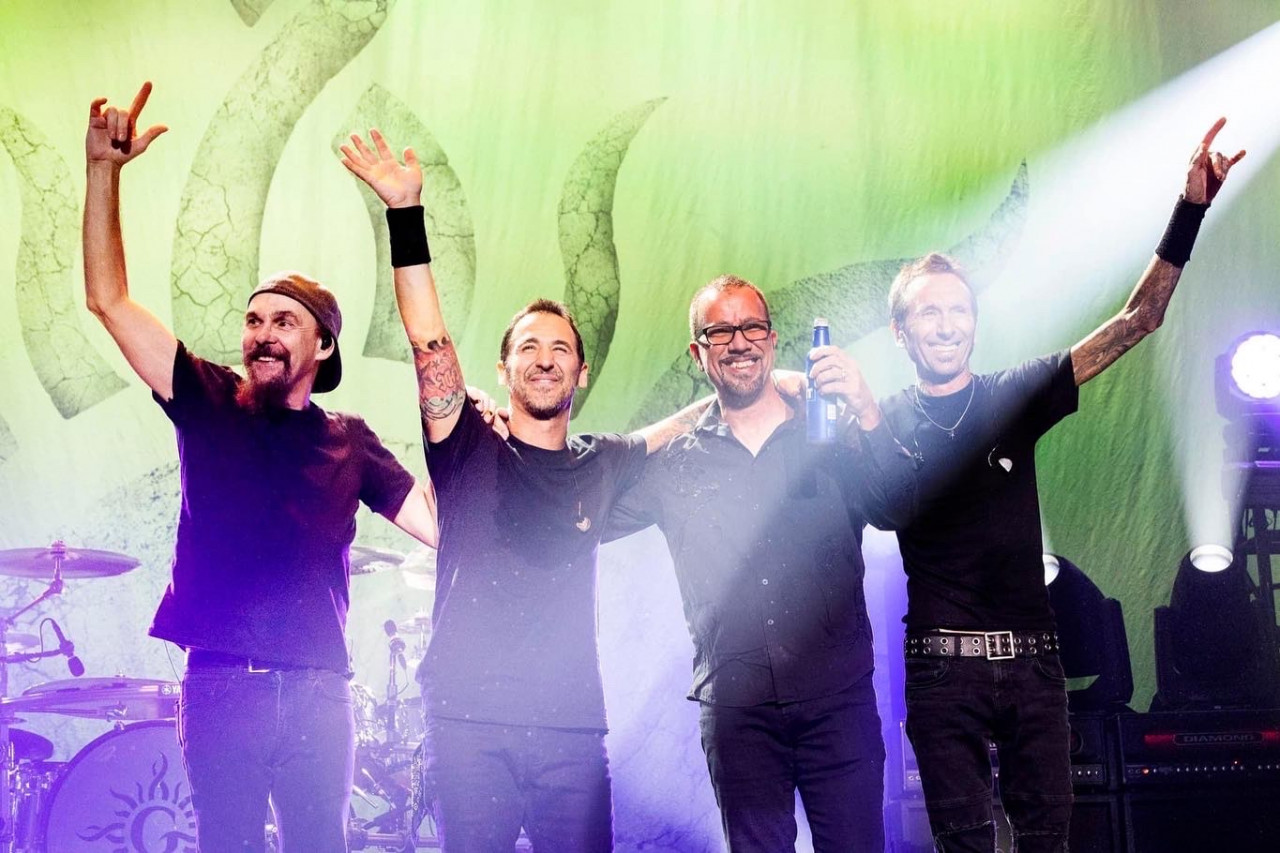 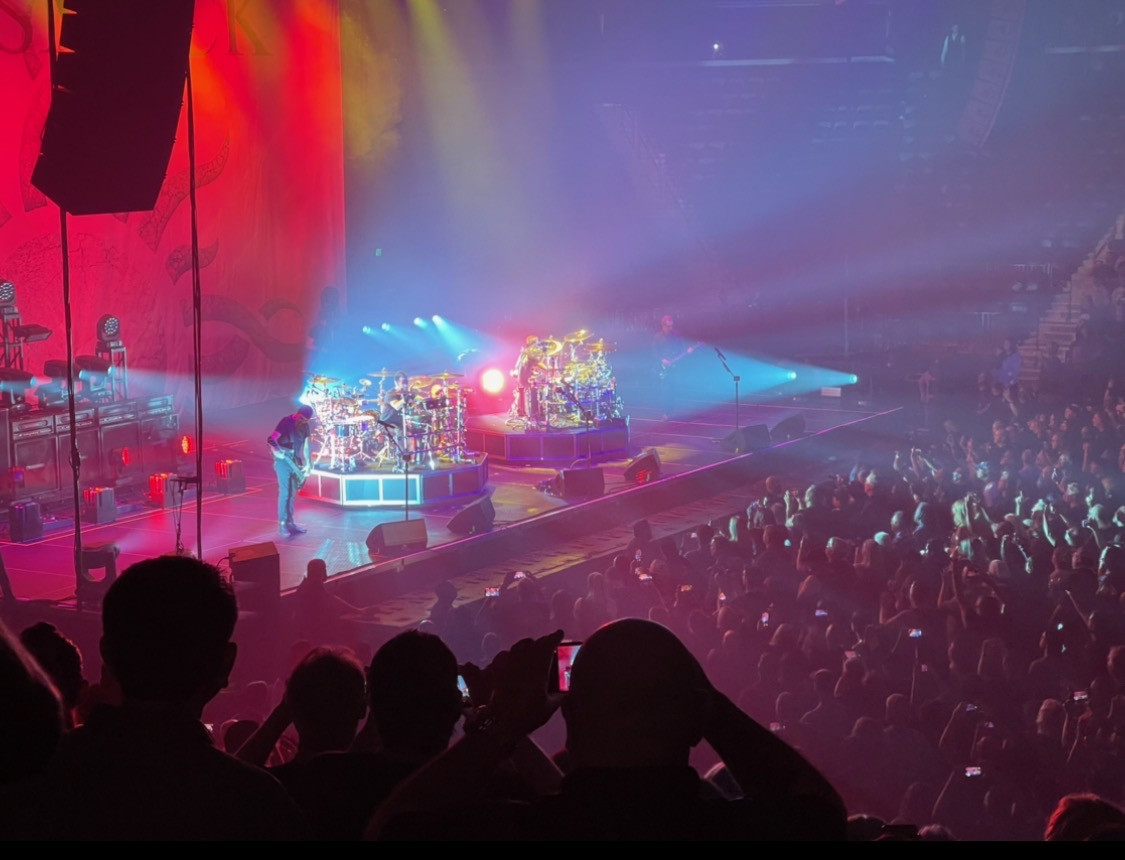 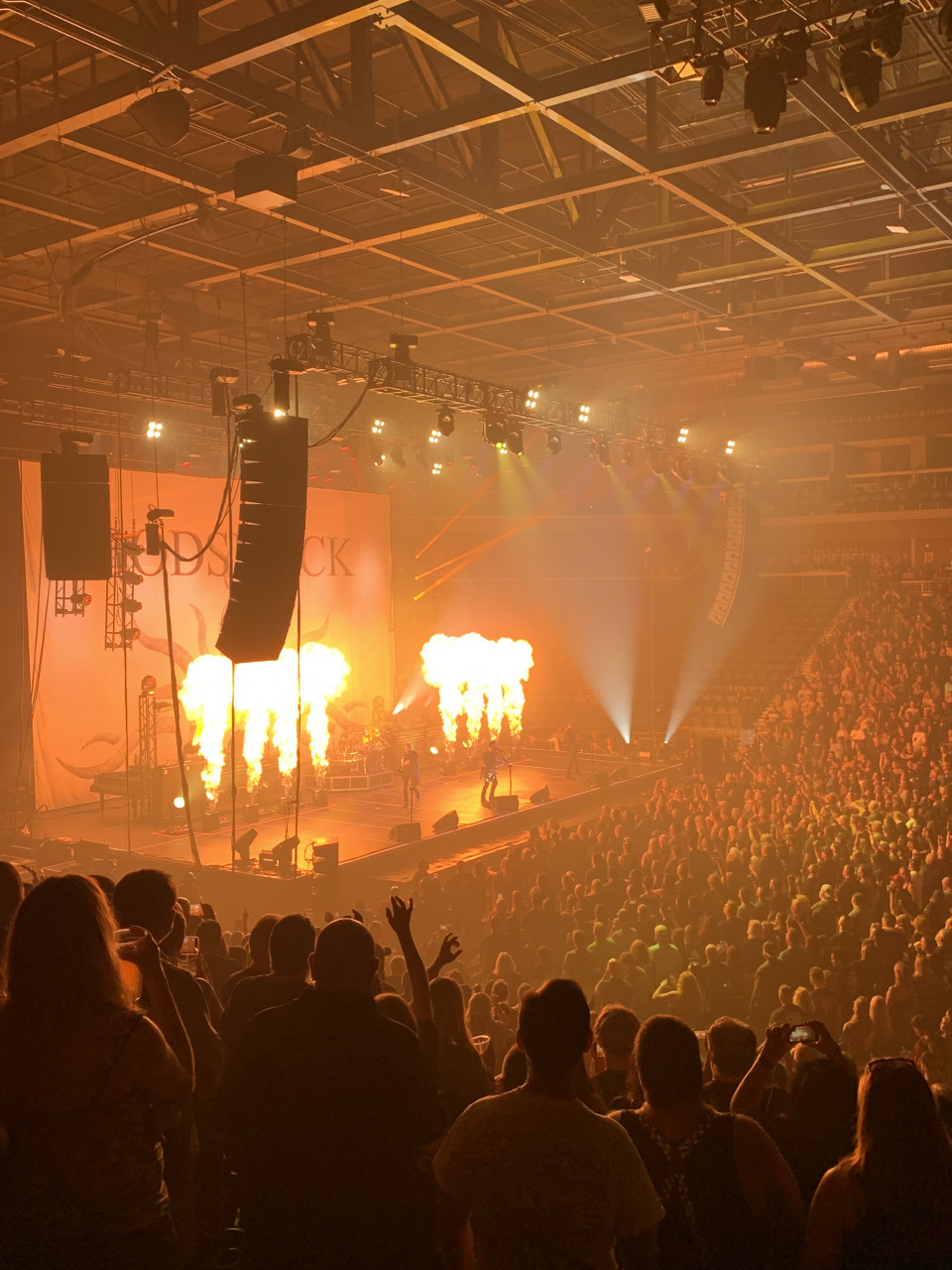 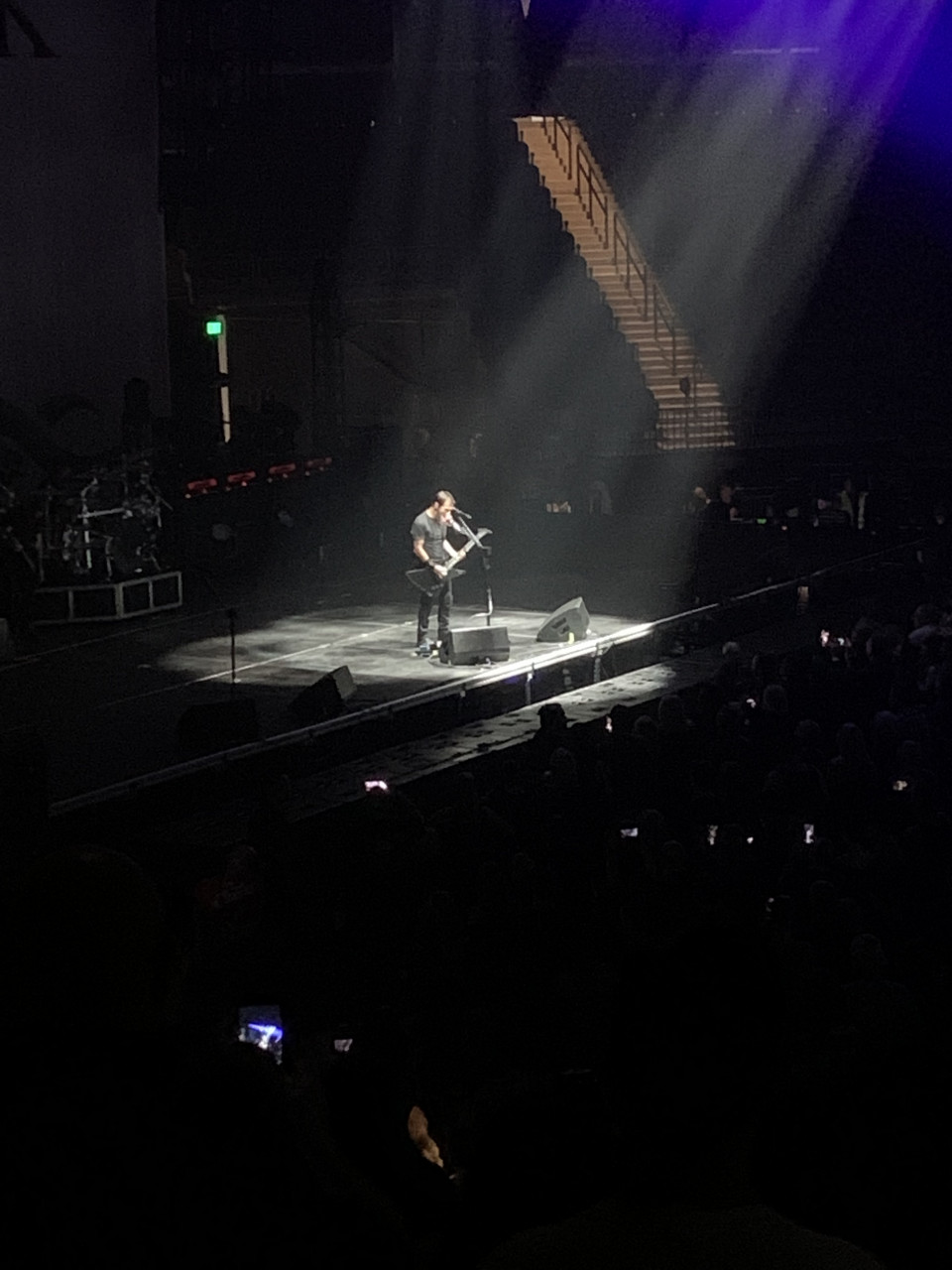 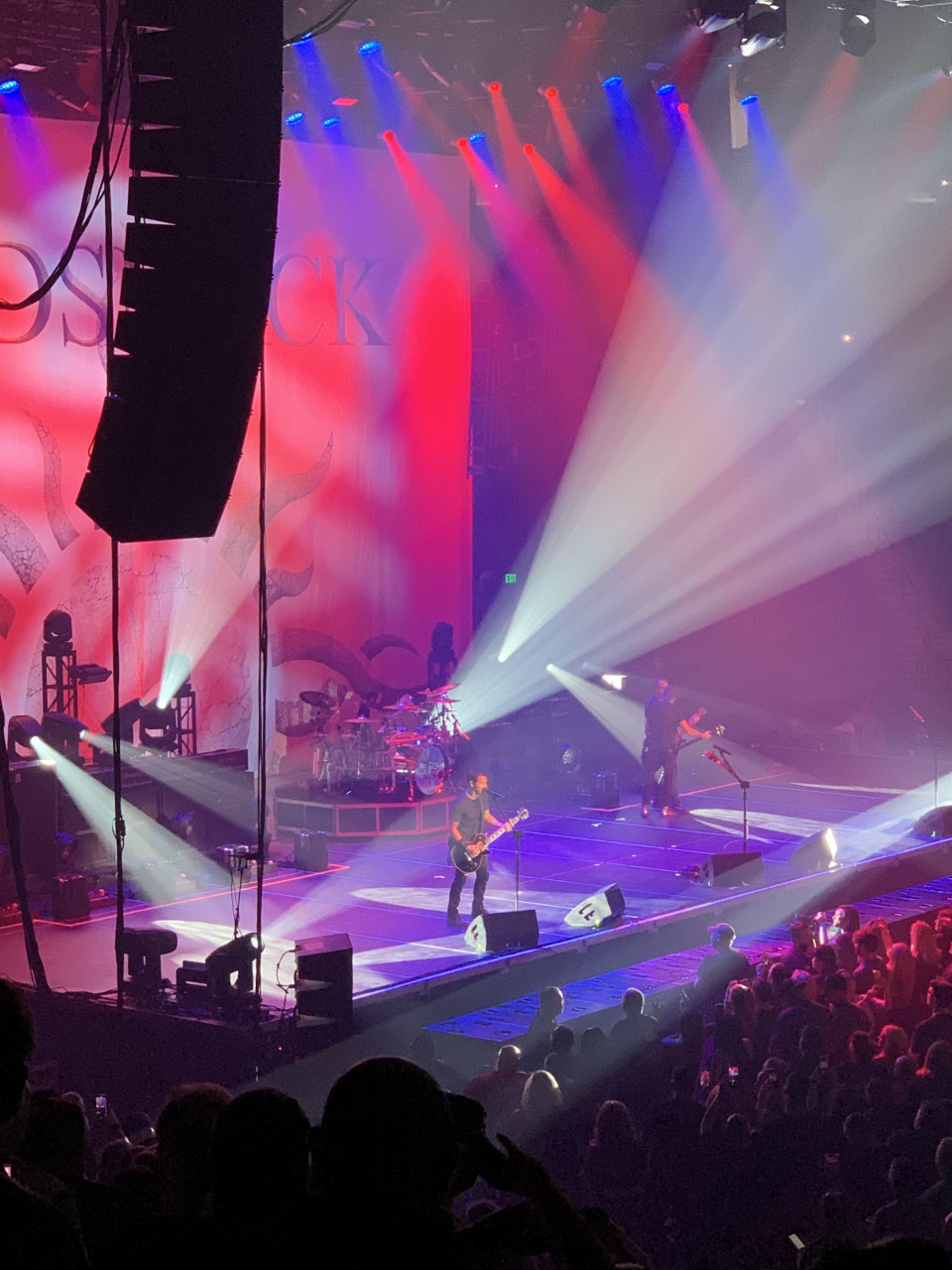 The wait is over! Pre-order + Pre-save our NEW ALBUM “Lighting up the Sky” and be sure to check out our new song “You and I” out NOW at: https://t.co/nmgQ8bilM8#godsmack #LightingUpTheSky #NewAlbum #Preorder #Presave #HardRock #Rock #RocknRoll #RockandRoll #NewMusic pic.twitter.com/kZ4dT0336g 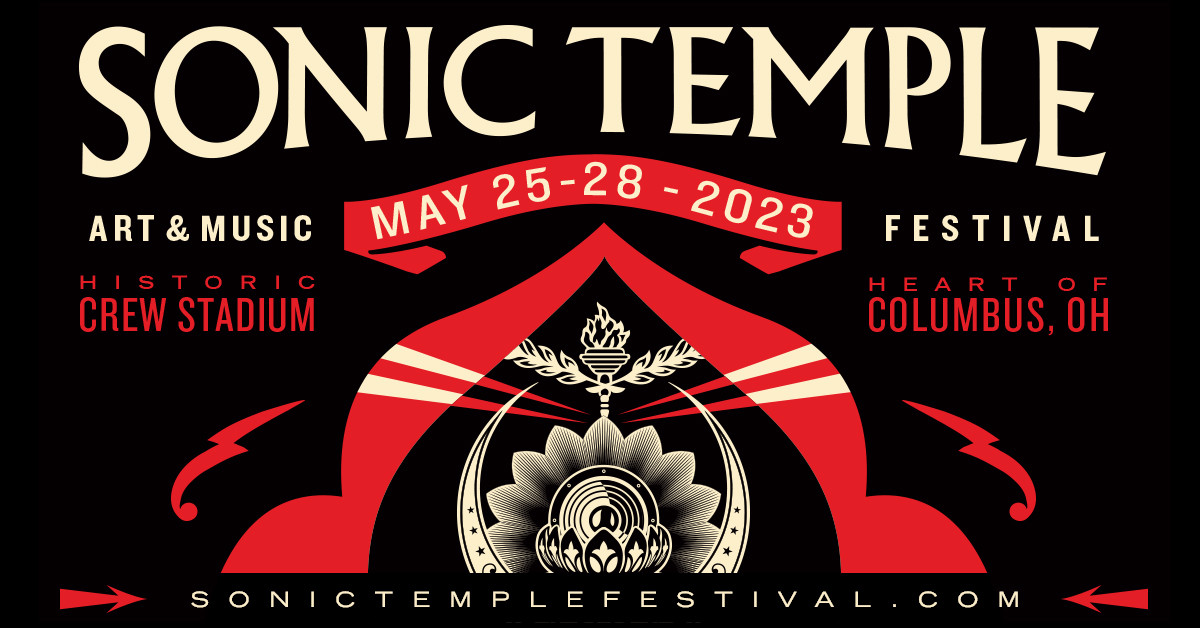 It's Been waaaay too long! After a 3 year hiatus....IT'S BACK! YOUR ROCK STATION 99.7 THE BLITZ, OFFICIALLY WELCOMES THE RETURN OF "SONIC TEMPLE ART & MUSIC FESTIVAL" AT HISTORIC CREW STADIUM ON MEMORIAL DAY WEEKEND - THURSDAY MAY 25TH THROUGH SUNDAY MAY 28TH. SONIC TEMPLE IS COMING HOME FOR THE BIGGEST 4 DAYS EVER! MEET THE BLITZ THERE IN MAY, FOR 4 FULL DAYS OF COLUMBUS FESTIVAL LIFE! KEEP LISTENING TO THE BLITZ FOR MORE UPCOMING DETAILS! This One-Of-A-Kind Destination Event Returns To The Home Of Rock, And Will Feature Top Music Artists, Art Installations & More Incredible Onsite Experiences!
"Columbus, OH is such a special place to Danny Wimmer Presents. It is where the company produced some of the biggest and most acclaimed rock festivals in the United States, so to be able to return home to Historic Crew Stadium to give fans Sonic Temple once again is going to be the highlight of 2023 for us. We can't wait to welcome everyone back!" - promoter Danny Wimmer of DWP

WE’RE COMING HOME FOR FOUR OF OUR BIGGEST DAYS EVER, MEMORIAL DAY WEEKEND 2023 💥

Make sure to head to https://t.co/BSdLEhj1Sq to sign-up  to receive first access to level one early bird passes! pic.twitter.com/X7iSUE8rmt 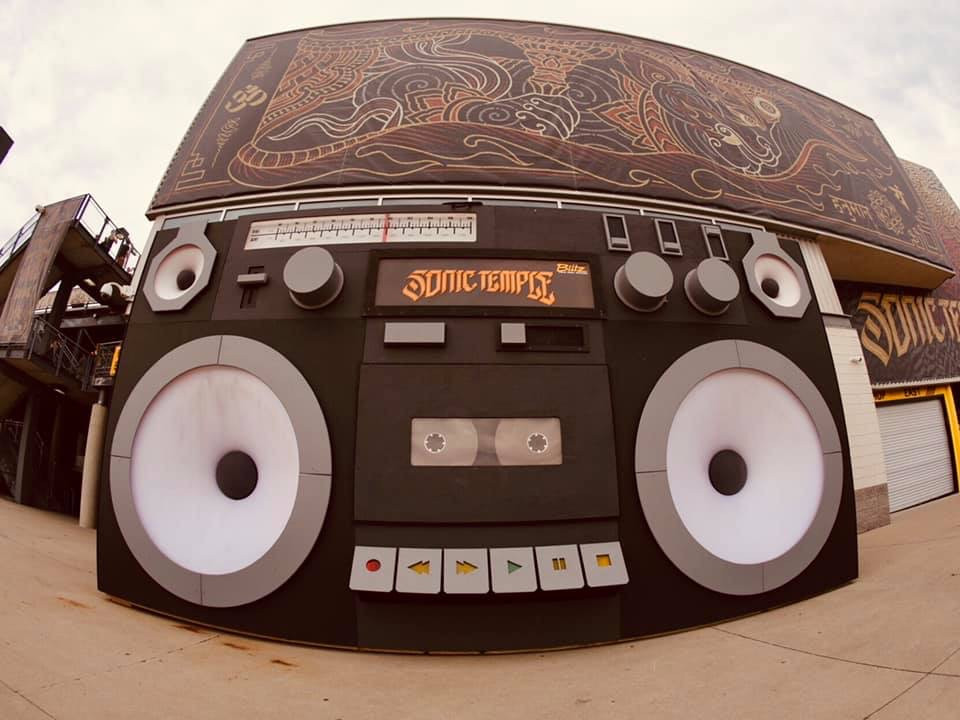 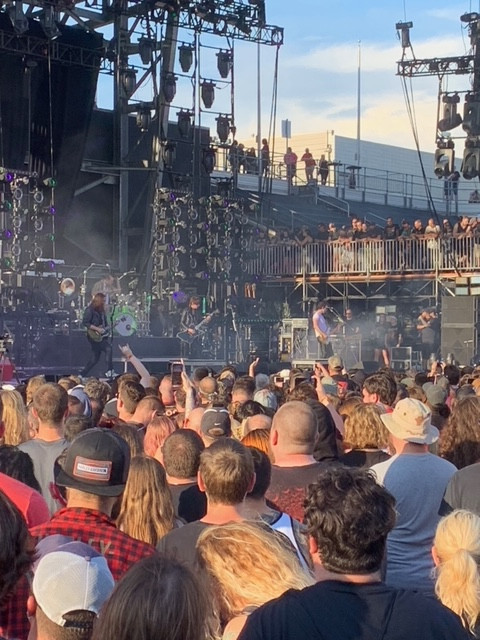 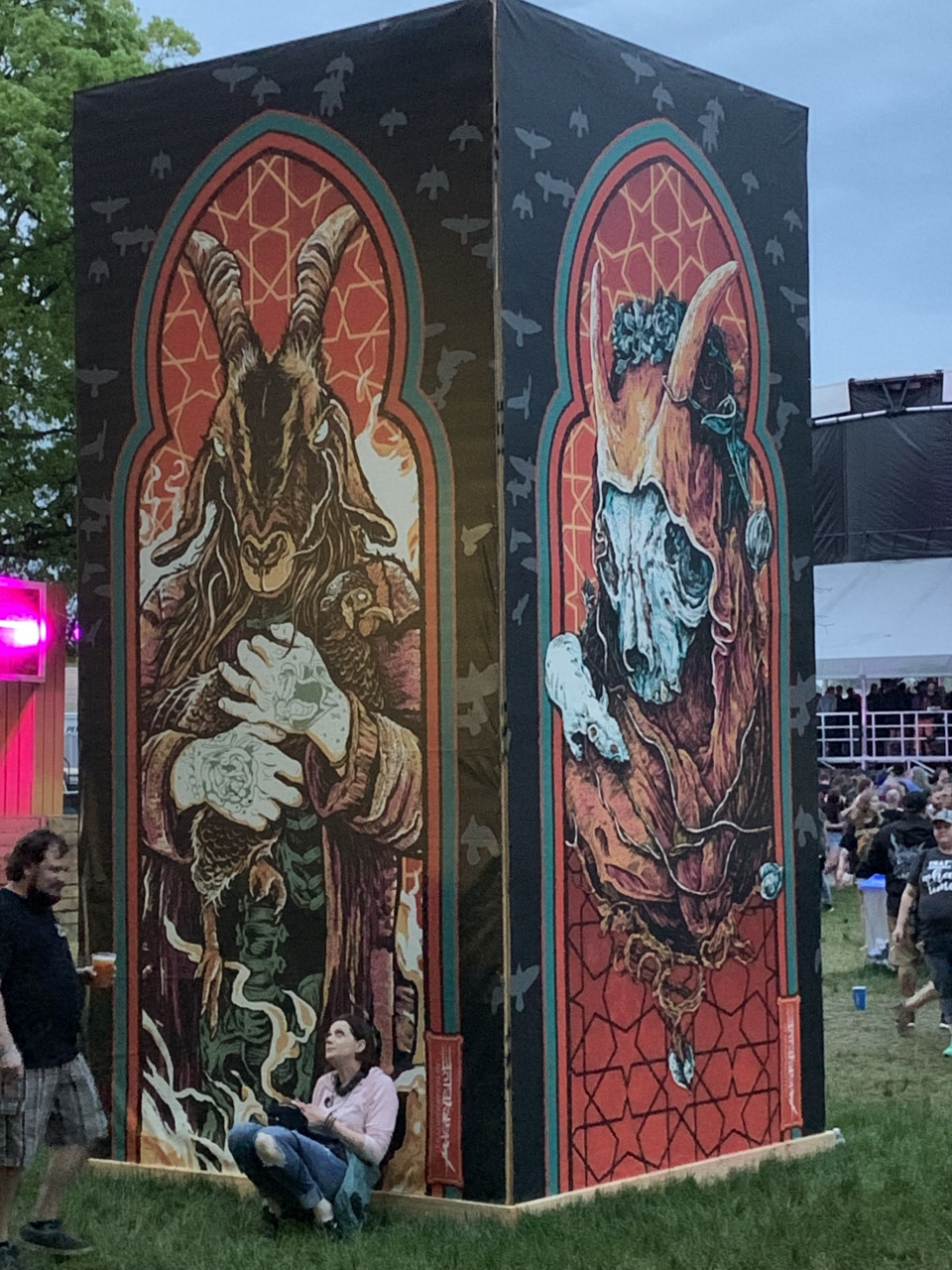 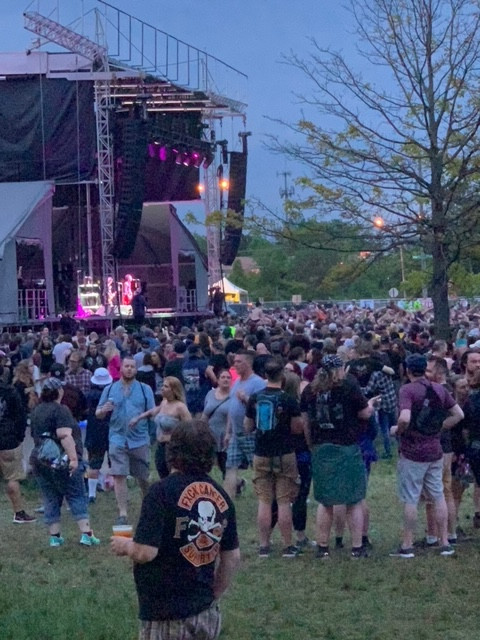 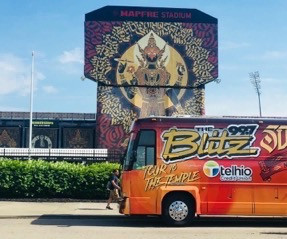 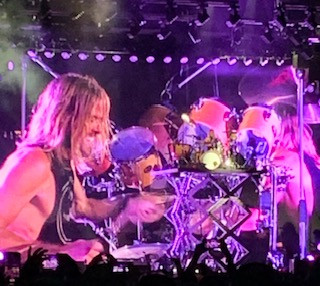 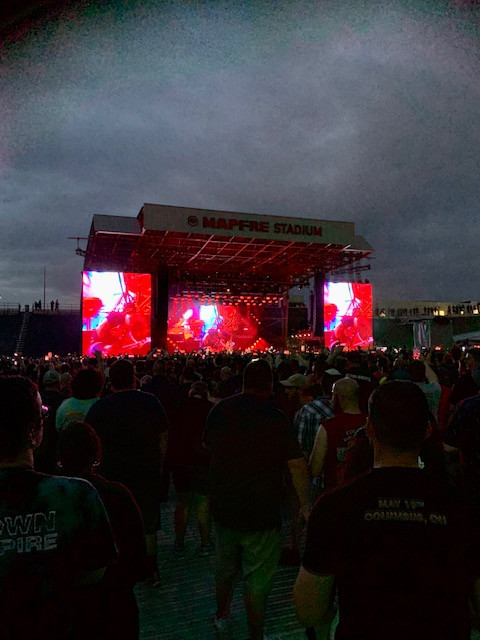 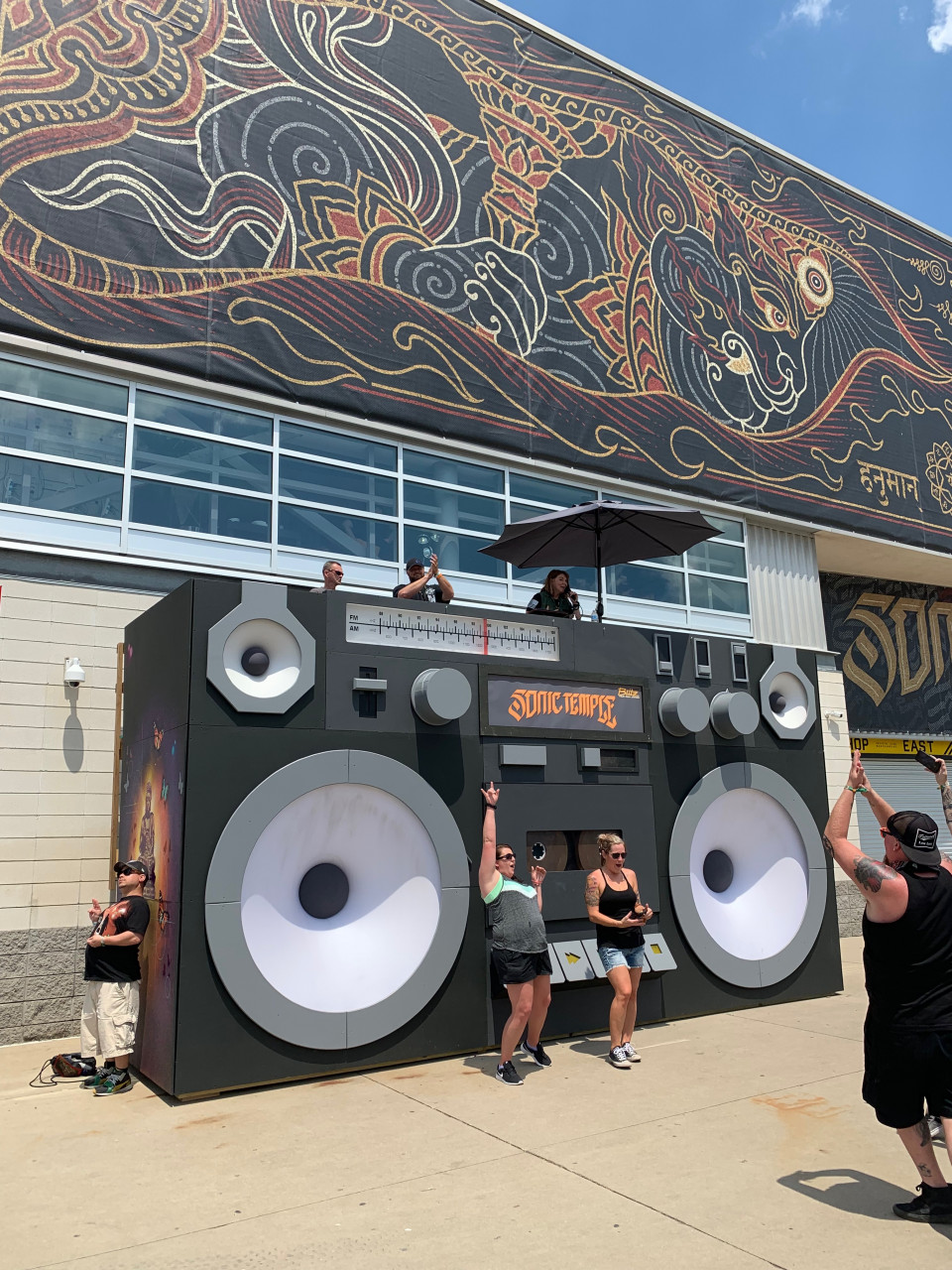 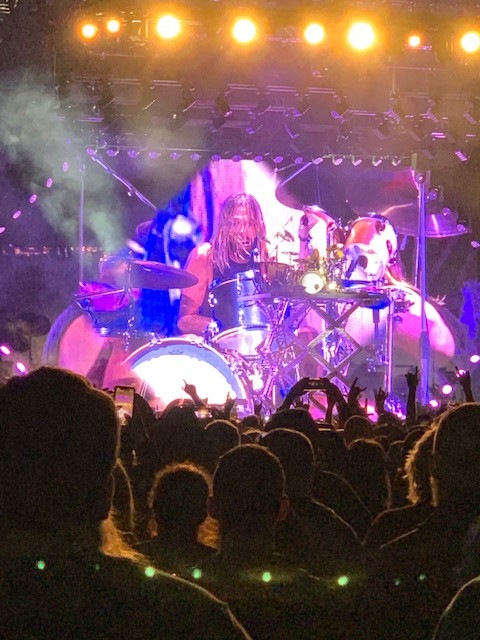 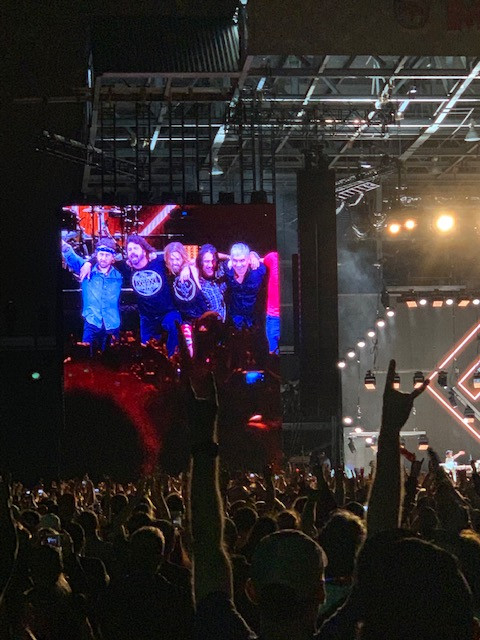 Whatcha' Up To Danny????  \m/\m/ Gonna Have to wait and see. Hopefully not long. These announcements always came around the Holidays. Festival Concert Tickets make THEEEEEE PURRRRRFECT Christmas Gift!!!

Saint Asonia (Staind, Ex-Three Days Grace) will release their new EP "Extrovert" on November 18th. This past summer they released the "Introvert" EP. Both through Spinefarm Records. Give a listen to their new track "Wolf" below.

"This song was inspired by the chaos, the darkness, and the violence that so many people have to live with in this world. So often we have to fight, scratch, and crawl our way out of unbearably difficult times, making our way to the surface for a moment, just to be thrown back in. It kinda feels like we're always under attack. 'Wolf' is about being backed into a corner and fighting just to stay alive." - Adam Gontier (formerly of Three Days Grace)