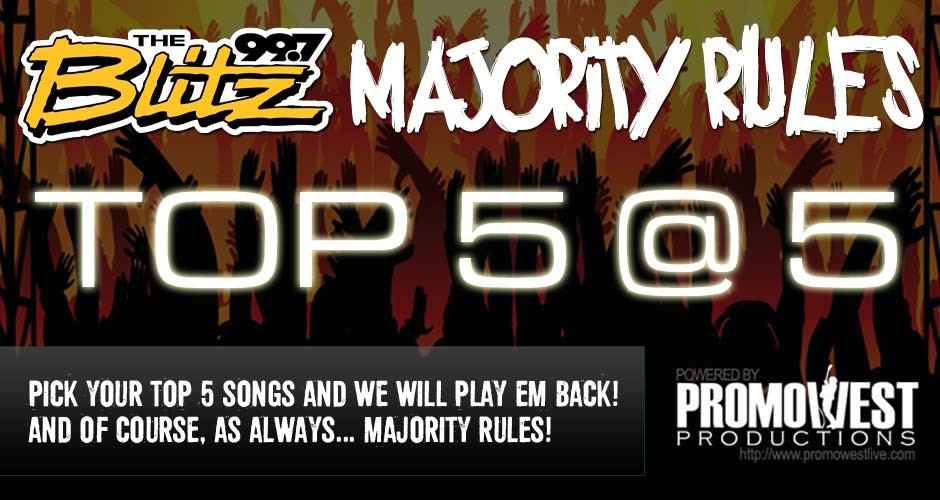 Choose the soundtrack for your ride home with the Majority Rules "Top Five At Five!" We'll feature a different year or theme every weekday plus, each day when you vote you're registered to win your choice of tickets to an upcoming Promowest Productions concert!

Plus this week only 99.7 The Blitz presents Five Finger @ 5pm with Ronni Hunter! Be listening all this week during the Top 5 @ 5 to score a pair of tickets to see Five Finger Death Punch w/ Three Days Grace, Bad Wolves and Fire From the Gods at Nationwide Arena on November 26th!

The majority rules "Top Five At Five" is powered by Promowest Productions! Weekdays at 5pm on Columbus' Rock Station, 99.7 The Blitz!