​Joe Biden got a little heated as he spoke on gun control with a worker from Detroit Michigan. The worker claimed that Biden was caught on video saying that he's going to take away gun rights, when in fact the video was fabricated according to fact check.gov. This lead Biden to say the worker was "full of sh**." (CNN)

Real or fake news, Biden's overreaction doesn't seem like it would do him any favors. If a candidate yelled at one of us, he might lose our votes, or at the very least reaffirm our voting stance for a different opponent.

Biden does keep his stance on gun control and is not looking to pursue taking away America's 2nd amendment. Read more about this run-in below, check out the video by The Guardian, and let us know what you think! 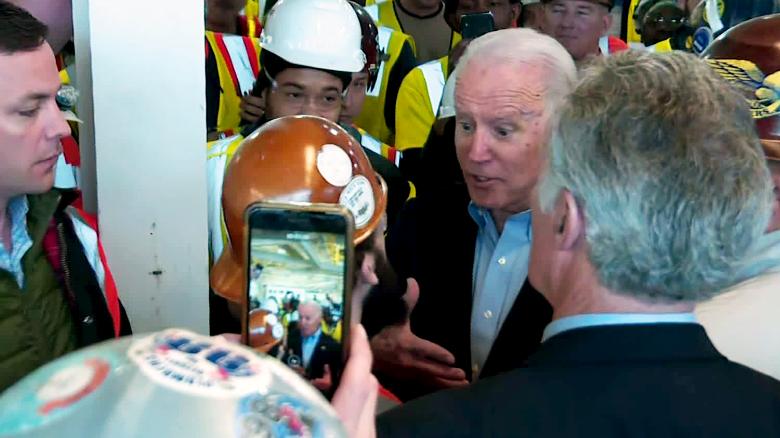 "You're full of sh**."
https://www.cnn.com/2020/03/10/politics/joe-biden-testy-gun-exchange-michigan-worker/index.html
PRINT