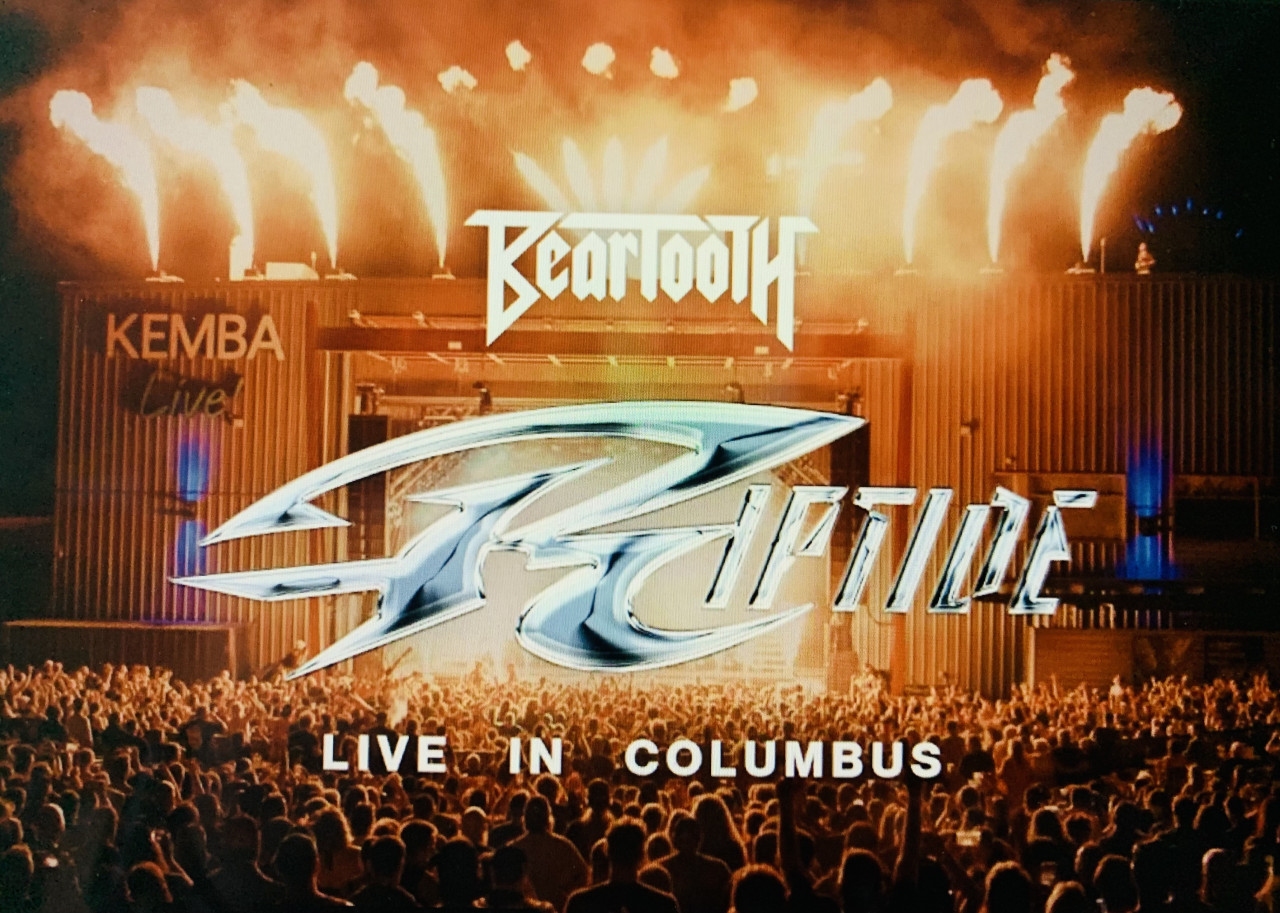 Columbus is where Beartooth began! Here it is in all of it's Massive Production and Pyrotechnics Glory and one of the best memories for all of us there sharing in this incredible moment in time...the PREMIERE of the "RIPTIDE" LIVE video filmed here in their hometown, last month at Kemba LIVE! The SOLD OUT show was part of "The Blitz 30th Anniversary Concert Series"! It was off the hook! The band brought out their largest production yet for this incredible show! Were you there? Did you miss it? Either way... WELCOME HOME BEARTOOTH!

"Headlining in Columbus is always really special. It's something we do a surprisingly small amount but when we do it, we always try and make sure it is the biggest and best Beartooth show of absolutely all time. And I feel like the show we just did at Kemba was the pinnacle of what we have ever done live. But it took a long time to get there. We've been plugging away at the Columbus market since our very first show ever and to have a sold out crowd at the amphitheater was really amazing.
We were able to do as much fire as we could physically put into that venue. We got to work with an amazing radio station, our local station 99.7 The Blitz which really helped out us out. We ended up selling out the whole place. It was one of the craziest nights of our entire lives. And I already cannot wait for the next one. Some of the plans we are already making for things in the future are going to be REALLY crazy and they defintirly couldn't have happened without the show we just did at Kemba. So I am very ready. Let's take the next step and let's make it huge." -Caleb Shomo
BEARTOOTH IS:
Caleb Shomo - Vocals
Oshie Bichar - Bass
Connor Denis - Drums
Zach Huston - Guitars
Will Deely - Guitars 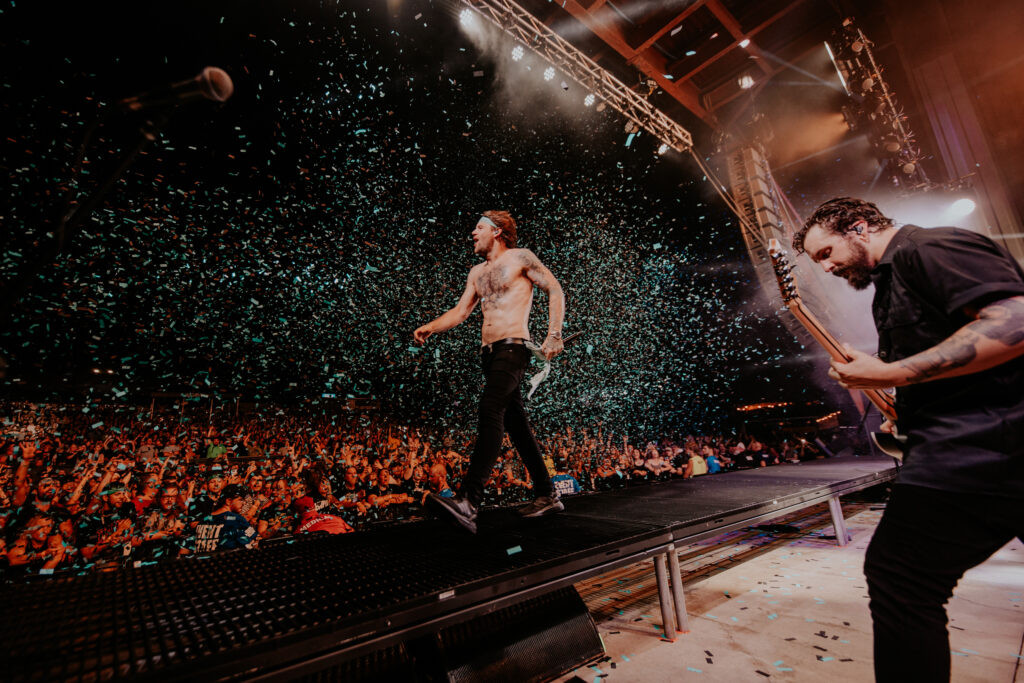 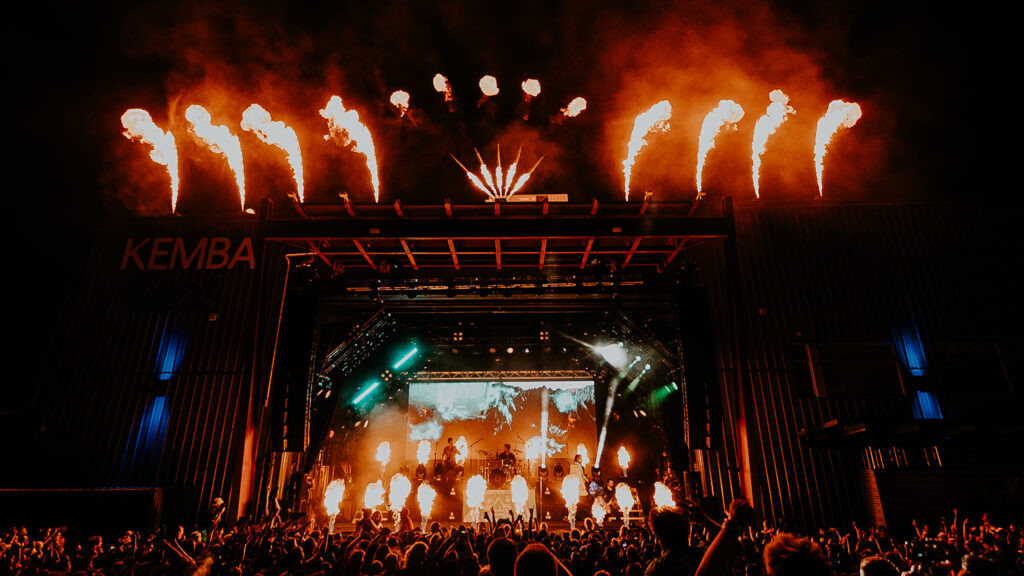 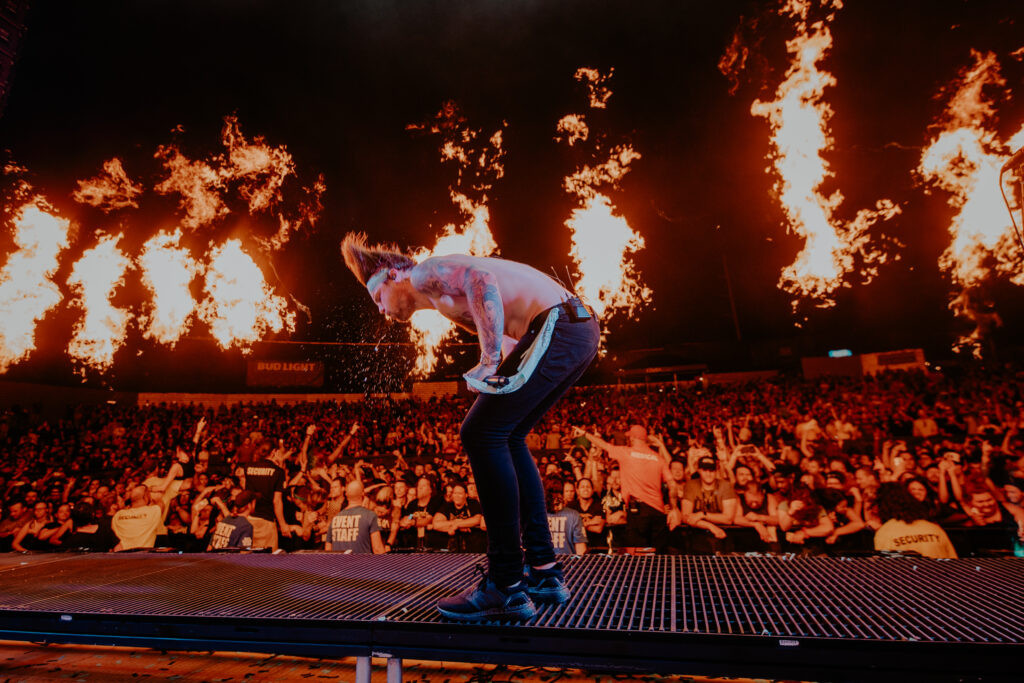 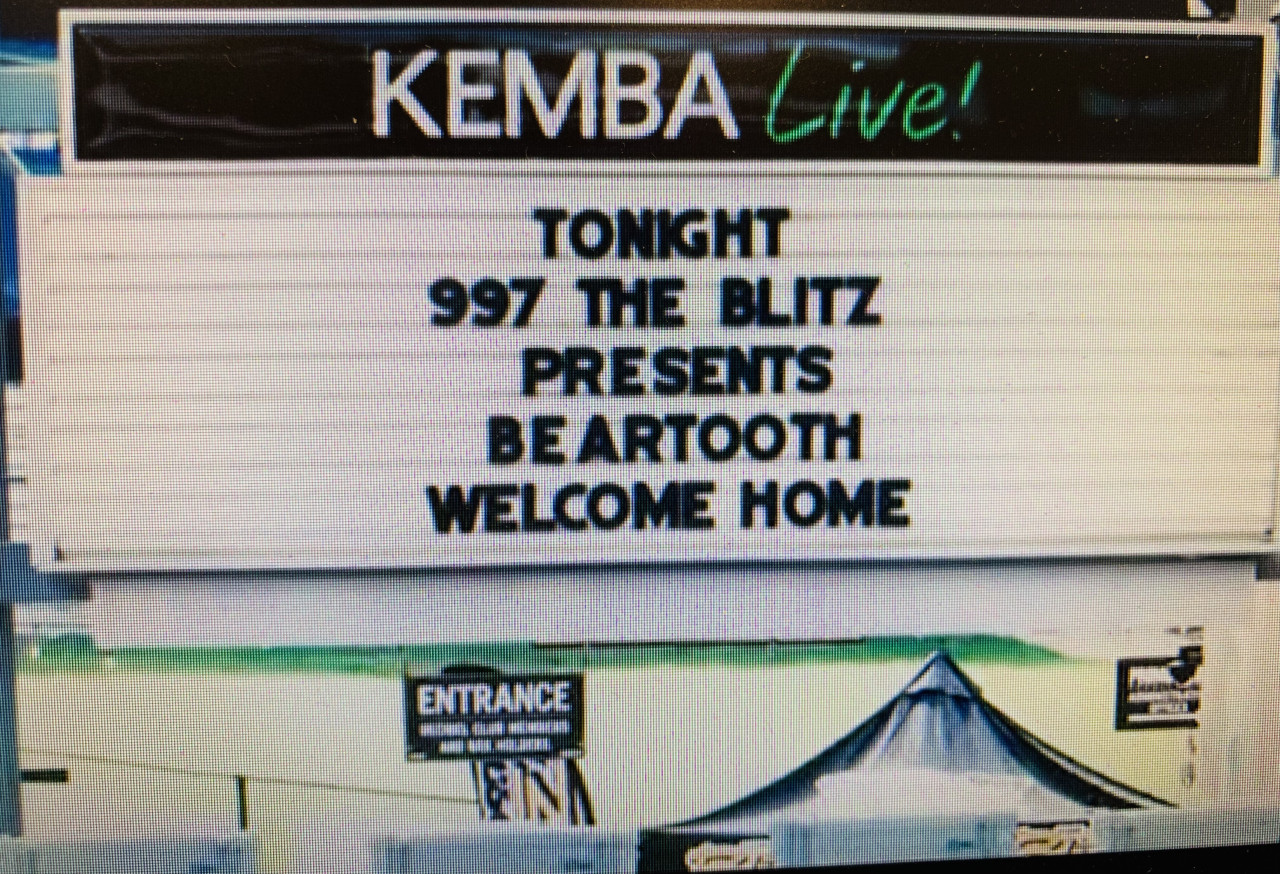