'DISTURBED' RETURN WITH NEW ALBUM "DIVISIVE" AND DROP ANOTHER NEW SONG AND VIDEO. CHECK IT OUT HERE! 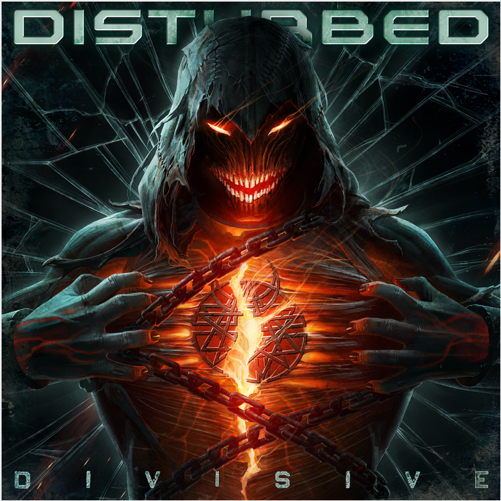 Bulldozing the way for the record, the group just unleashed an unpredictable and undeniable new single entitled "Unstoppable" today. Listen to "Unstoppable" HERE and watch the lyric video HERE.

About Divisive, Draiman noted, "Partisan tribal warfare has become a part of our regular existence nowadays. It's one big battle of the cliques. The whole idea of the record is to be a wakeup call for everyone. Our society has become addicted to outrage. Music is the best cure for what ails us though. If only everyone reached out and used it. There's no better environment to forget about all of this shit than live music. We can be together and realize we have more in common than not. Recognize what's happening and let's make a change for the better."

Donegan added, "Whatever it takes, we've got to pull it together. We've always tried to take negative topics and spin them in a positive light. From touring around the world, we've seen the power of music as the universal language to bring everyone together from all walks of life. We can still play songs to unite people, and it's a pretty powerful feeling."

"Unstoppable" storms out of the gate on a jackhammer guitar riff, pummeling drums, and the band's signature staccato vocal phrasing in lockstep with a pulsating rhythm. This barrage crashes into a skyscraping stadium-ready refrain, "There's no escape. I am unstoppable." The accompanying lyric video seamlessly translates this frenetic anthem into fiery on-screen action befitting of the track's uncontainable momentum.

Draiman elaborated, "'Unstoppable' is definitely one of the heavier tracks on the record. The groove builds into a bombastic animal. It's truly the fight song."

"We always have a big rock anthem on every album," Donegan commented. "We love to write empowering songs for motivation. We're avid sports fans, and that's definitely part of it. It's an in-your-face track, for sure."

Divisive pulls no punches as a precise, pummeling, and powerful hard rock opus. Over the last year, the quartet cut these ten tracks with producer Drew Fulk [Motionless In White, Lil Peep, Highly Suspect] in Nashville, TN. After Donegan shared initial ideas with the rest of the group, they locked in like never before with the groove as the backbone. Drummer Mike Wengren bolted down some of the strongest and boldest rhythms of their career punctuated by John Moyer's punchy bass. Together, the musicians collectively conjured the focus and fire of their seminal early output augmented by airtight songcraft and a heightened level of musical chemistry that could only be forged by years of writing and touring together.

As a result, Divisive finds Disturbed at their most dynamic, defiant, and dangerous.

Breaking ground, it also notably marks the first time the band included a guest feature on an album, boasting the epic emotionally charged duet "Don't Tell Me" with Ann Wilson. Meanwhile, the likes of "Bad Man" and "Divisive" rank amongst the band's heaviest material. At the same time, they infuse the likes of "Won't Back Down" with uplifting melodies.

Check out the full tracklisting below.

They initially set the stage for the record with "Hey You." The song spread like wildfire across airwaves, emerging as their 15th #1 single at Rock Radio. At the same time, it has already gathered 10 million-plus streams and counting, only increasing anticipation for Divisive.

Meeting the anticipation head-on with unrestrained heaviness, Disturbed have delivered tenfold on Divisive.

Disturbed are performing at several upcoming festivals throughout this fall (full dates below). Tickets for all dates are available here. 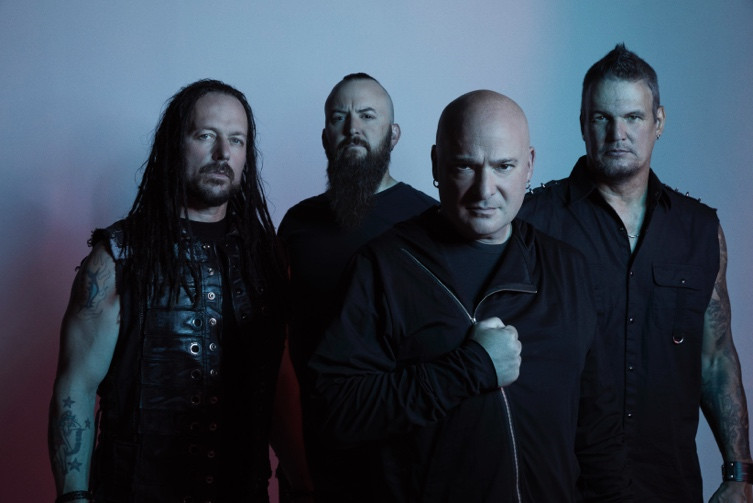 “Down With The Sickness” by 'House Cat' Bahahahahahaha!

Catching up w/ David Draiman, watch the wicked new "Hey You" video from 'DISTURBED' and more!

New Marilyn Manson has arrived! Check out the Video for “We Are Chaos” here.