Foo Fighters are going to stream a FREE Live Concert After The Big Game on Sunday night. 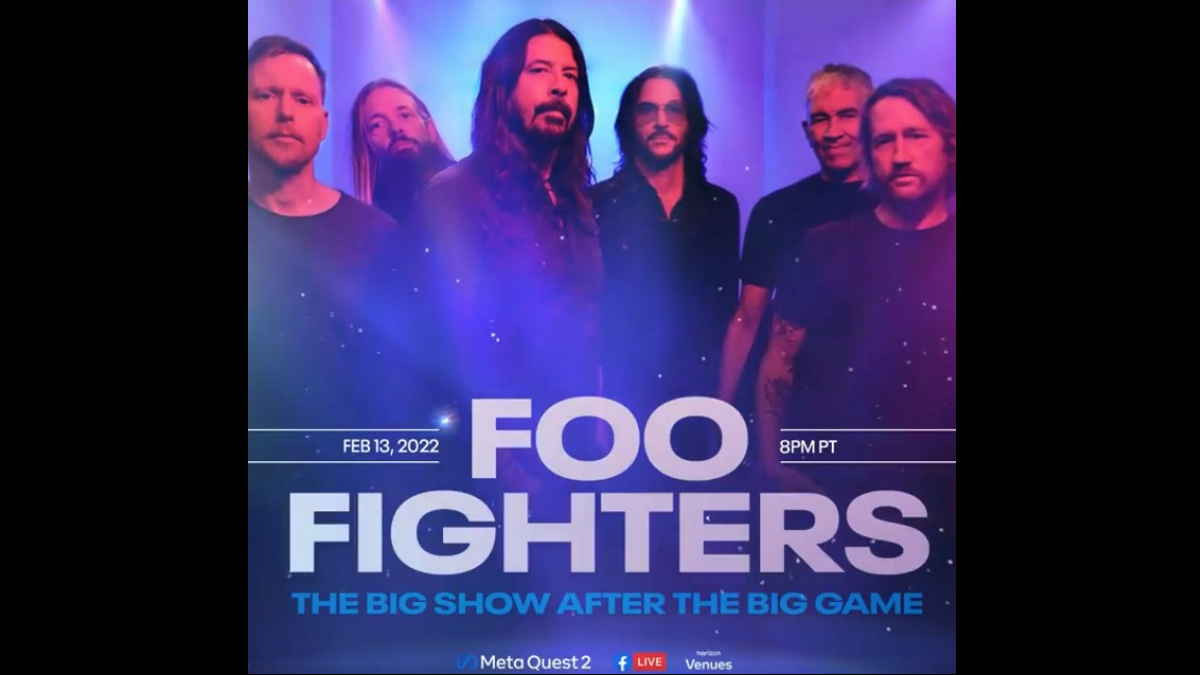 Sunday night February 13 starting at 11 or directly after the game, Foo Fighters will stream a live performance via Meta. The social media giant (formerly known as Facebook) will host a free concert that will be shared on the Foo's Facebook and Instagram pages, plus an immersive, 180-degree VR experience available on Meta's social VR app Horizon Ventures. The Horizon Venues app features a virtual lobby where users can meet up with friends and other fans before, during, and after the Foo Fighters show. The concert will feature a custom "surreal convergence of physical, fantastical visual elements" stage design.

Foo Fighters love a challenge so they'll perform some rarely-played tracks - including one the group has never played publicly before. "From playing the biggest stages in the world to the tiniest clubs to making movies and miniseries. We've pretty much done it all, but we've never collaborated with Mark Romanek on a conceptual set of songs (including one being played live for the first time ever) for a worldwide audience, where everyone has the best seats in the house thanks to the most badass VR tech... until now. Join us when we cross that one off the FF bucket list!" - Dave Grohl

We’ve never performed in VR…until now. Watch the #QuestAfterShow from the front row with @MetaQuestVR streaming right after the big game in Horizon Venues or on Facebook Live by RSVPing here: https://t.co/IWBstqmRpp pic.twitter.com/Yiw7Qoilcm

Will you tell me a story Uncle Dave? Foo Fighters frontman and Nirvana drummer Dave Grohl is releasing a book, and man, does he have some stories to tell!!

Wanna see Dave Grohl's daughter Violet sing with her Pops and former members of Nirvana and Slayer? I did so I'm sharing! Really good!