Ghost & Volbeat will Release a Tour Exclusive 7″ Featuring Their Metallica Covers & Catch them on the Late nite TV Circuit. 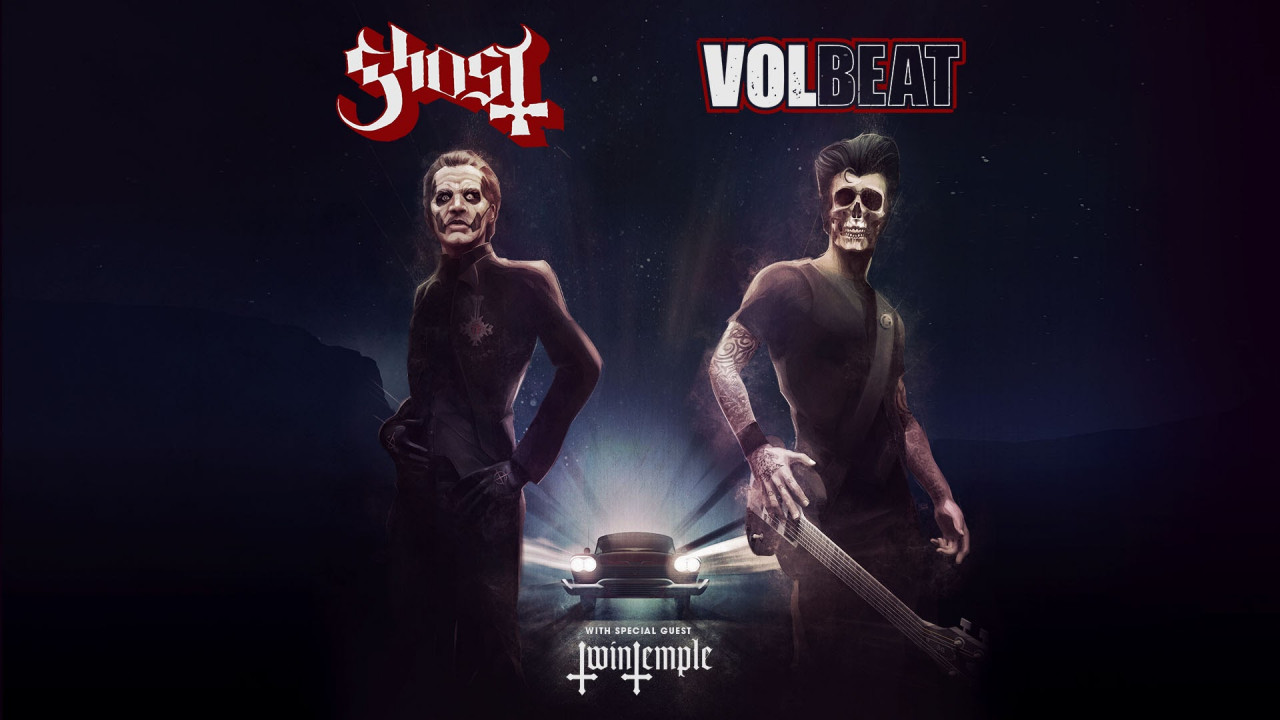 Ghost will be haunting late night TV this week. The Swedish metallers are set to perform on Jimmy Kimmel Live! this Thursday, January 20, airing at 11:35 p.m. ET on ABC.
Ghost and Volbeat have announced a tour exclusive 7″. That limited edition pressing will feature the two band's Metallica covers from 'The Metallica Blacklist' tribute album. Ghost took on "Enter Sandman" for that effort, while Volbeat crushed "Don't Tread On Me".
All proceeds from the 7" will be donated to Metallica's All With My Hands Foundation and Camp Aranu'tiq (via Ghost) and Børne Cancer Fonden (via Volbeat).
The Volbeat/Ghost Concert Run with Twin Temple opens 1/25 Reno, NV – Reno Events Center to 3/03 Anaheim, CA – Honda Center with 3 Ohio Stops:
2/07 Columbus, OH – Nationwide Arena
2/15 Toledo, OH – Huntington Center

The 7" will be available at each tour stop. All details here 😈 https://t.co/d6co47nLOc pic.twitter.com/QHbwZRw0Mh

Tweet
Tags:
Volbeat ghost metallica Charity News
Get ready to laugh, scream, & headbang in your pop...
You Never Know What Goes On Behind Closed Doors

Stranger Things’ Joseph Quinn (Eddie Munson) was at Lollapalooza and jammed "Master Of Puppets" with Metallica. Watch both videos here.

Sharon Osbourne and their entire household now have Covid but are receiving an "IV drip assist".