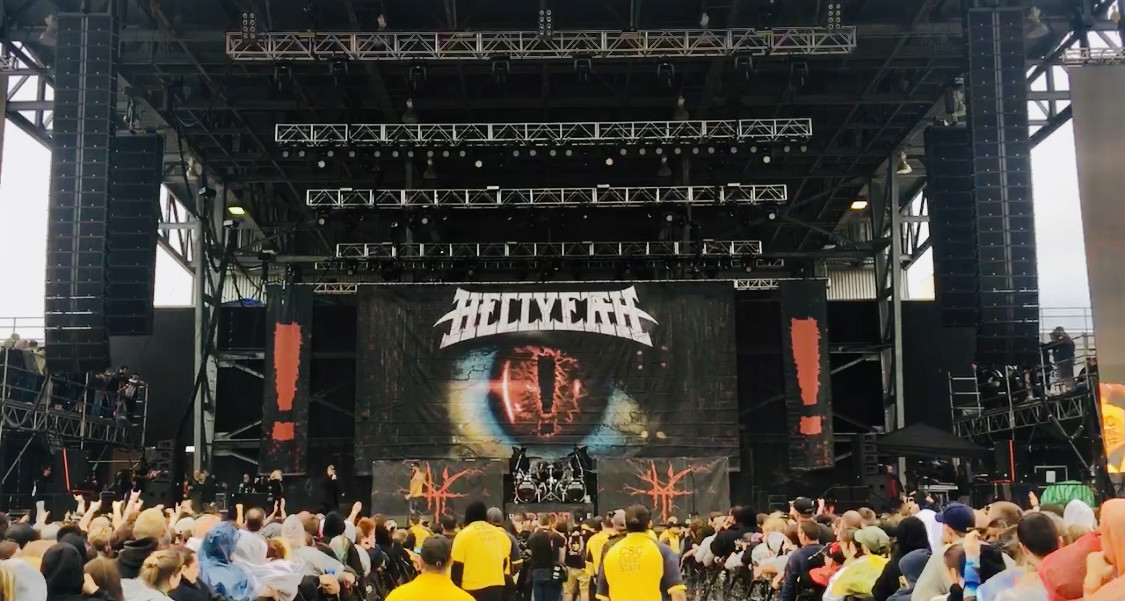 Recently during a conversation with Avenged Sevenfold bassist Johnny Christ – as part of his web show 'Drinks With Johnny' – HELLYEAH (and Mudvayne) singer Chad Gray spoke to the band having unreleased material that features the late Pantera drummer Vinnie Paul.

"When we lost Vinnie, I was just thinking about, 'We have to do the same thing that we did for Dime for Vinnie now. We have to keep going to keep carrying the flag for Vince.' It's been tough. And I've talked to Tom [Maxwell, HELLYEAH guitarist] a little bit, I've talked to members, and we've talked about… writing some music. We don't know what the touring plans would be ever— maybe ever again—but we could still release music. I think there are, like, two or three songs that Vinnie [Paul, late Pantera drummer] actually tracked drums to that we didn't end up [finishing] for whatever reason. So, there is a potential for us to write maybe a couple of more songs with Vinnie's drums added on." - Chad Gray
The late Pantera drummer helped to create six studio albums with HELLYEAH. In 2019, HELLYEAH released the album 'Welcome Home', which features Paul's final drum recordings. The band toured behind the record with Stone Sour's Roy Mayorga on drums. HELLYEAH is currently on hiatus. Gray, meanwhile, has since reunited with his band Mudvayne.
Drinks With Avenged Sevenfold bassist Johnny Christ
This week Johnny catches up with an old friend from the road, HELLYEAH & Mudvayne frontman Chad Gray! Johnny and Chad quickly get into the recent Mudvayne reunion, and the challenges that the band faced after a hiatus of over a decade. Chad reveals what led to the group's break, and how their reunion came to happen.
Chad gets into his time with HELLYEAH, and the untimely passing of the group's drummer, the legendary Vinnie Paul. Johnny and Chad connect on the emotional challenges of trying to continue on after such a tragedy. The duo shifts gears and get into what the future holds for both Mudvayne and Avenged Sevenfold.
We also learn on this episode:
• How Chad put his carpentry skills to work
• The evolution of non-alcoholic beers
• How Chad & Shannon Gunz met & ultimately got married
• The haunting history of Milwaukee's Eagles Club
Full interview with Chad Gray and Johnny Christ PLUS my On stage video clip of HELLYEAH at Rock On The Range on May 21st of 2016.
Tweet
Tags:
HELLYEAH Chad Gray Mudvayne Vinnie Paul New Music
Saint Asonia announces '﻿Introvert'﻿ EP; Watch the...
NOTHING MORE Unveil New Song and Video for “TIRED ...

Red Hot Chili Peppers announced their 2nd album of 2022. "Return of the Dream Canteen" is a double and drops October 14th.