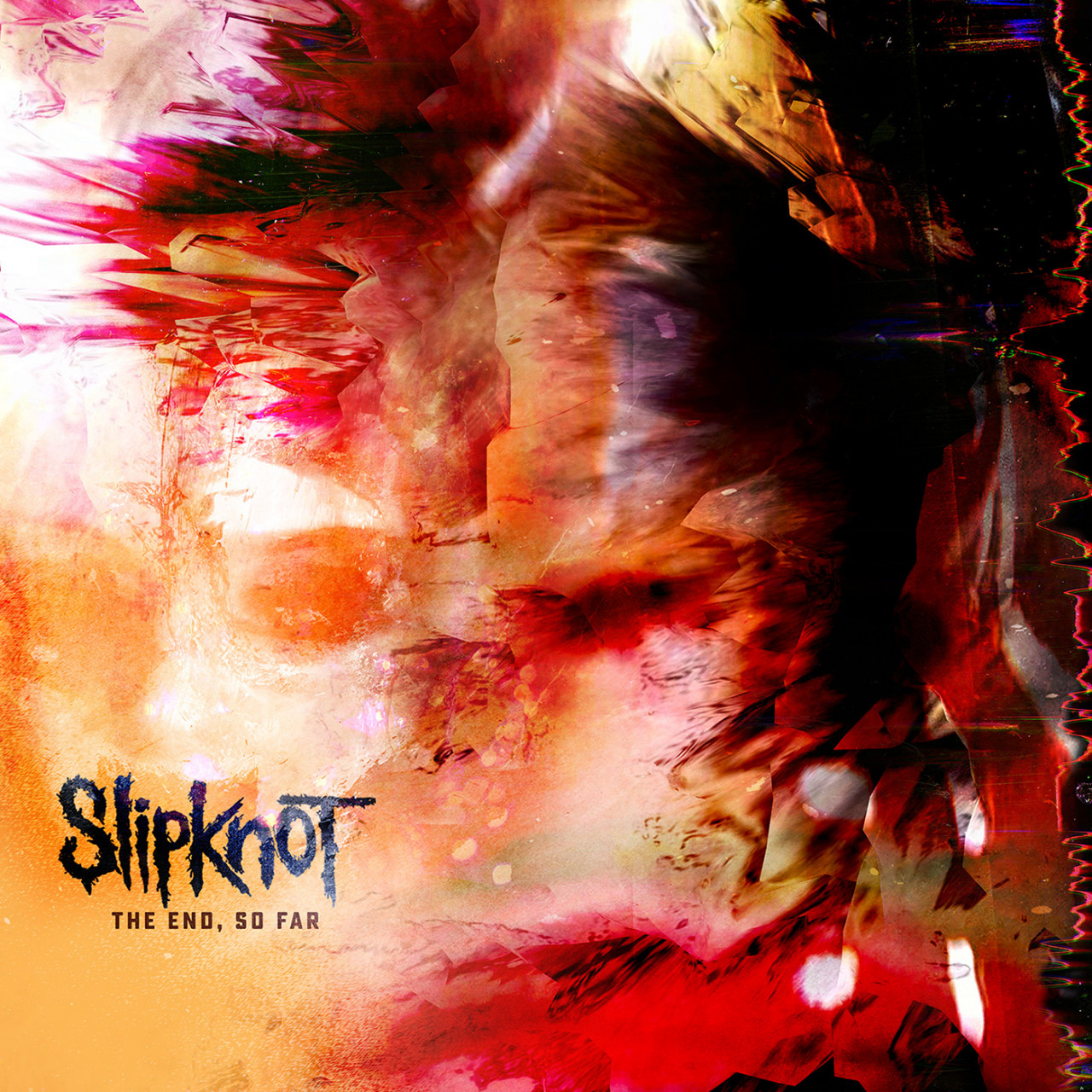 SICK NEW SLIPKNOT MAGGOTS!! GRAMMY Award-winning Iowan icons SLIPKNOT have announced details of their widely anticipated new album, 'THE END, SO FAR', which will be released September 30th on Roadrunner Records. Today the band has shared the album's lead single "The Dying Song (Time To Sing)" which is available on all streaming platforms with an official music video streaming on Slipknot's YouTube channel. Directed by the band's own M. Shawn 'clown' Crahan, the "The Dying Song (Time To Sing)" video, and the track itself, sees one of the world's most popular and deeply enigmatic bands relentlessly charting new ground as they continue to redefine, revitalize, and reimagine the scope of rock music.
Speaking about the forthcoming album, Crahan asserted, "New Music, new art, and new beginnings. Get ready for the end."
Produced By SLIPKNOT and Joe Barresi, THE END, SO FAR is available for pre-order today with several vinyl variants available at www.slipknot1.com. THE END, SO FAR includes the band's 2021 surprise single "The Chapeltown Rag" and follows their widely celebrated 2019 album WE ARE NOT YOUR KIND, which marked SLIPKNOT's third consecutive #1 on the Billboard 200. The release made a massive global impact with #1 debuts in the Official Album Charts of twelve countries around the world, including the UK, Australia, Canada and Mexico, with Top 5 debuts in an additional twelve countries including Germany, France and Sweden.
This fall SLIPKNOT will embark on the third leg of their enormously popular KNOTFEST Roadshow headline tour. Leveling up their live show yet again, the upcoming tour will begin September 20th in Nashville, TN and will see the band joined by special guests Ice Nine Kills and Crown The Empire. The fall run will also include highly-touted festival appearances at Louisville's Louder Than Life and Sacramento's Aftershock (tour itinerary below). Furthermore, SLIPKNOT are set to spend the summer traversing Europe for a slate of international festival and headline dates including their own KNOTFEST Germany and Finland festivals. For tickets and more information on SLIPKNOT's KNOTFEST Roadshow Fall 2022 tour and upcoming international dates, visit https://slipknot1.com/theendsofar/
Track listing:
1. Adderall
2. The Dying Song (Time To Sing)
3. The Chapeltown Rag
4. Yen
5. Hivemind
6. Warranty
7. Medicine For The Dead
8. Acidic
9. Heirloom
10. H377
11. De Sade
12. Finale 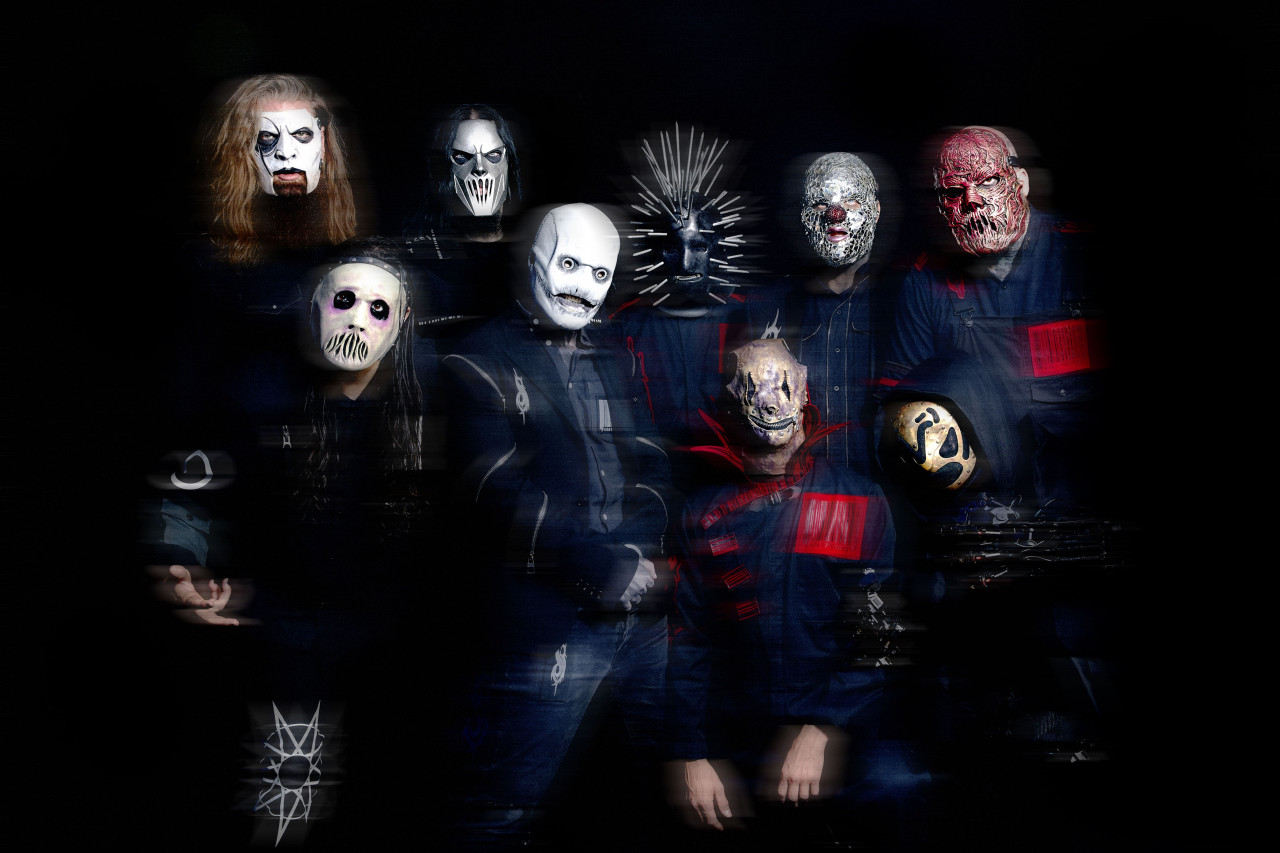 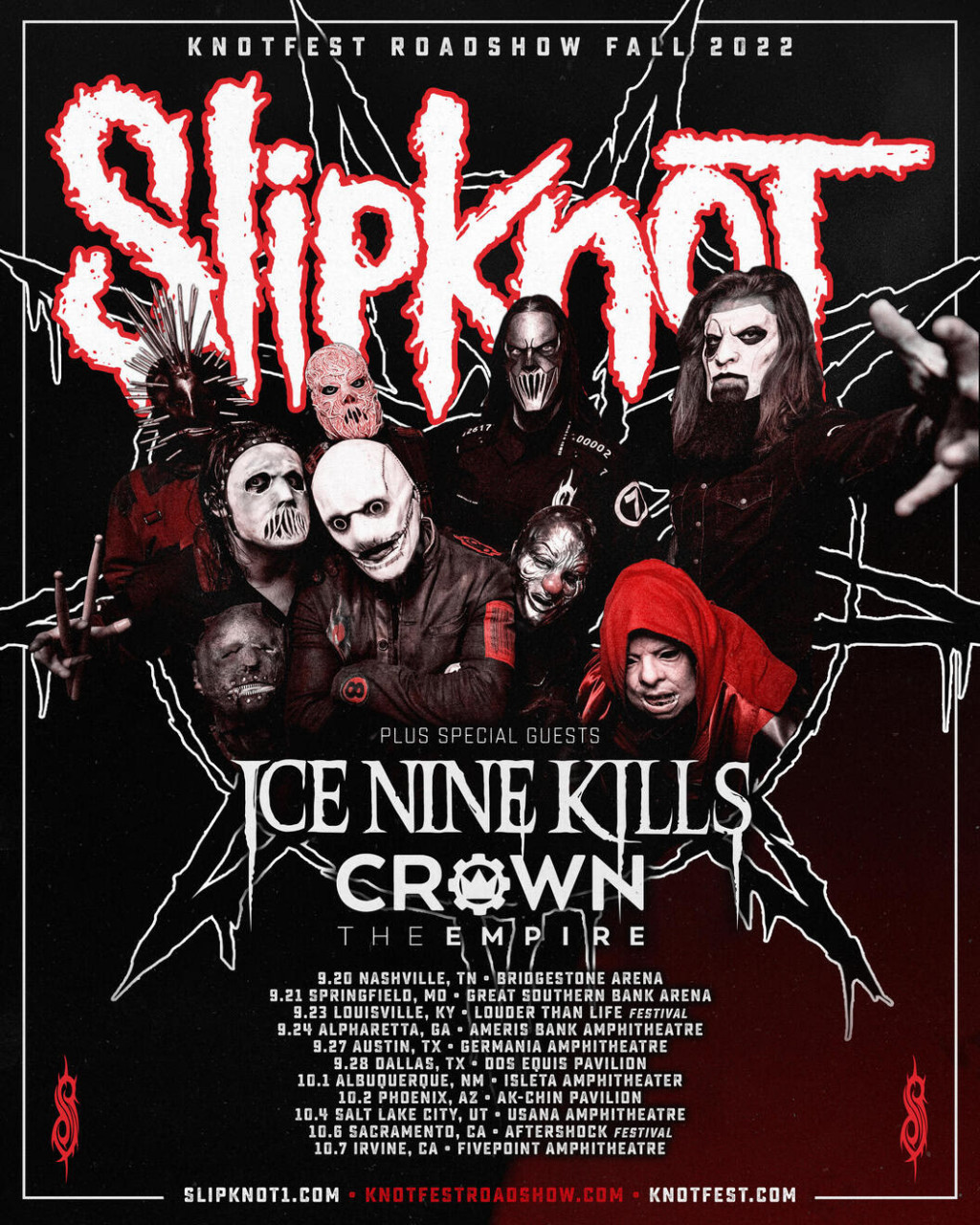 Slipknot Releases new Documentary and you can Stream it for Free