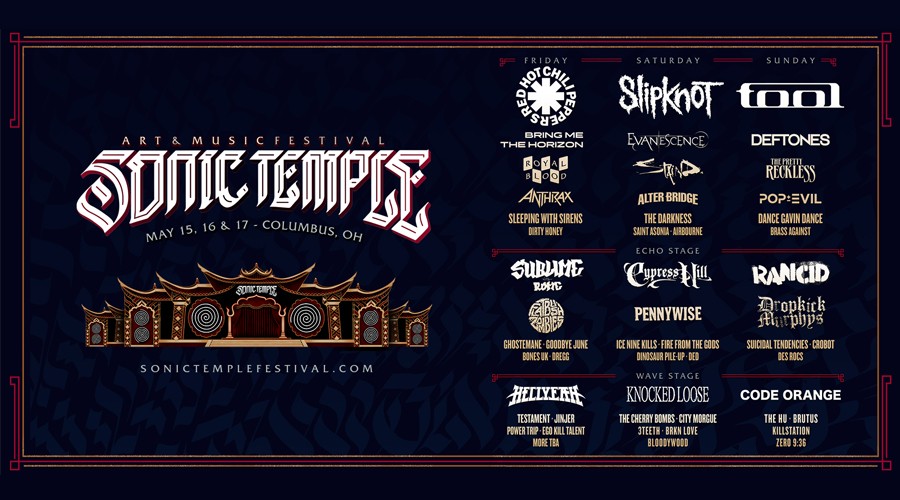 Sonic Temple & Louder Than Life Pass Exchanges And Refunds Will Be Available Beginning Friday, February 28th At 10:00 AM EST

Metallica has regretfully had to cancel their headline performances at Sonic Temple Art + Music Festival in Columbus, OH (May 15 & 17) and Louder Than Life in Louisville, KY (September 18 & 20) to allow singer James Hetfield to continue his road to recovery. Click here to read James Hetfield's statement: www.metallica.com/news/2020-02-24-a-notefrom-james.html Metallica reassures its fans that Metallica will appear at Danny Wimmer Presents festivals Epicenter (May 1 & 3), Welcome to Rockville (May 8 & 10) and Aftershock (October 9 & 11) as scheduled.

Danny Wimmer Presents founder and festival creator Danny Wimmer says, "First and foremost, I want to say how much I respect and support James for taking care of himself, and for his commitment to getting healthy. At the same time, I am also deeply devoted to providing our festivalgoers with the biggest and best festival experience in the world. As disappointed as we all are to lose Metallica, I am thrilled that Red Hot Chili Peppers and Tool, dear friends of both DWP and Metallica, are stepping up on short notice to join Slipknot, keeping Sonic Temple on track to be the greatest rock festival in America."

Sonic Temple and Louder Than Life pass holders who would like to exchange their passes to see Metallica at another Danny Wimmer Presents festival, or would like to receive a refund, will be able to do so starting this Friday, February 28. An email will be sent out to purchasers from Front Gate Ticketing on Friday at 10:00 AM EST with complete exchange and refund details. Sonic Temple Art + Music Festival and Louder Than Life are produced by Los Angeles and Louisville-based Danny Wimmer Presents, one of the largest independent producers of destination festivals in America.

Additional DWP events include Aftershock, Bourbon & Beyond, Epicenter, Hometown Rising Country Music & Bourbon Festival, and Welcome To Rockville. They're also the cocreators of Rock On The Range, America's largest and most acclaimed rock festival, which celebrated its 12th and final year in 2018 with 140,000 in attendance. 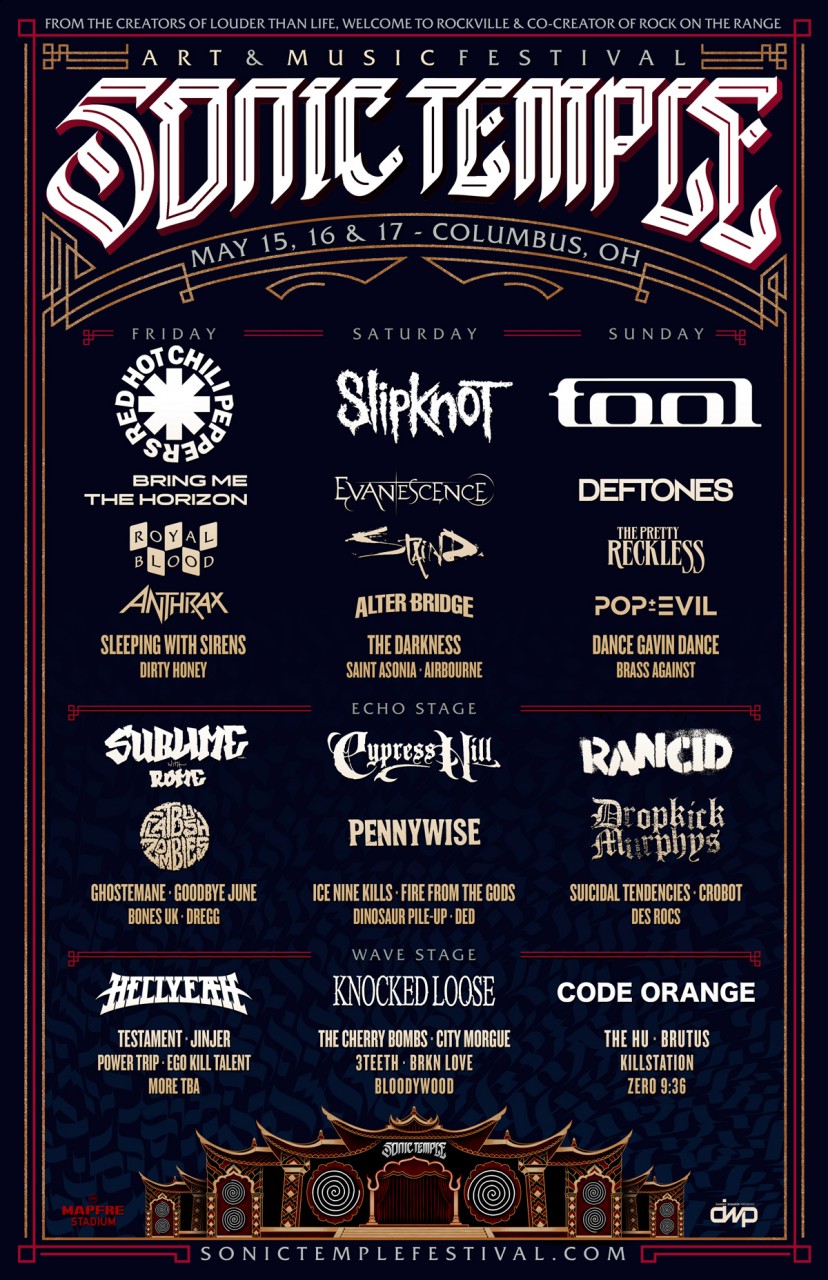