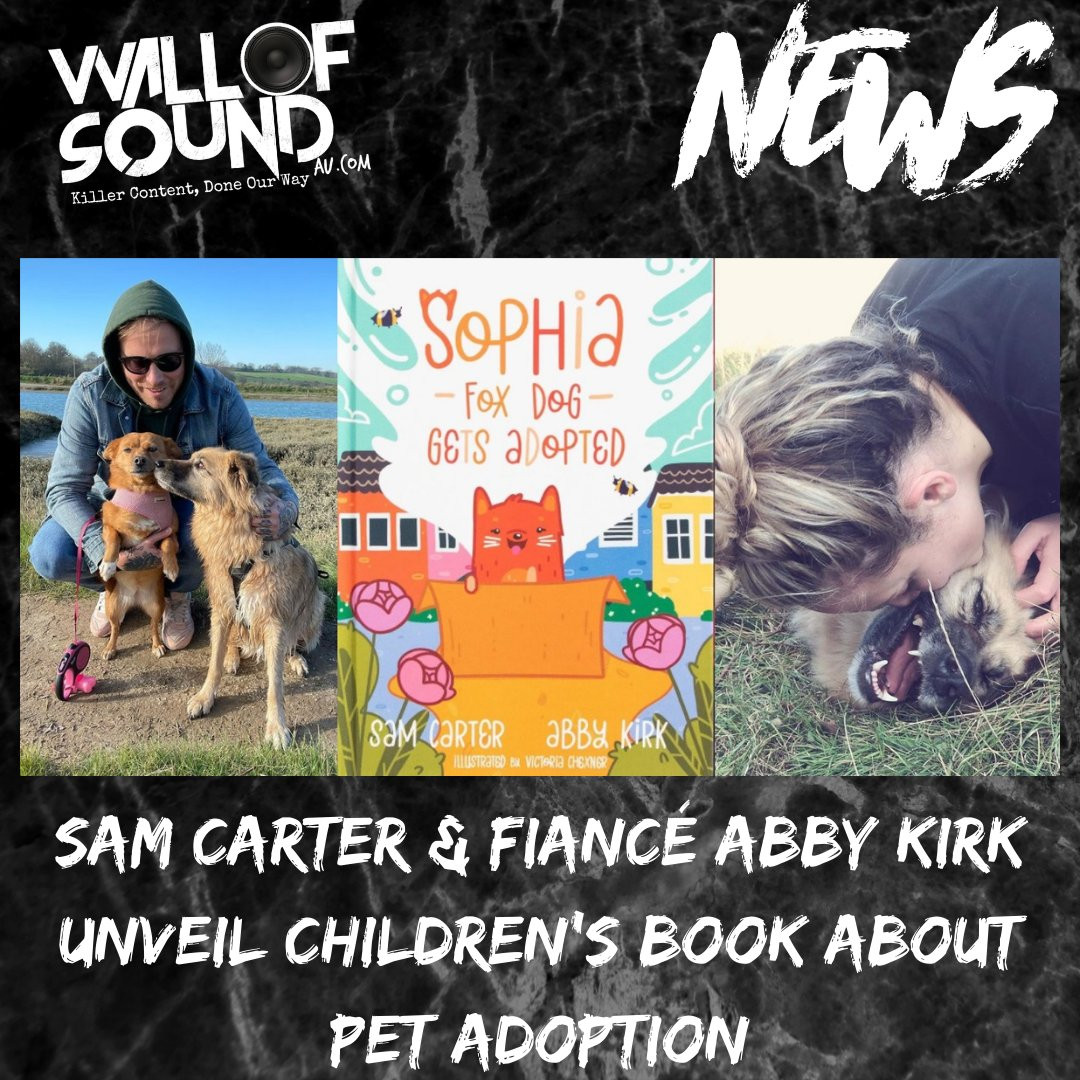 'Sophia Fox Dog Gets Adopted' is the new a new Children's book co-authored by Architects vocalist, Sam Carter, and his fiancé Abby Kirk. The book will be released at 9am on April 15th via SophiaFoxDog.com The tale is featured by the couple's experience with their own rescue dog.

"I'm so extremely excited to announce that myself and my fiancé have written a children's book starring none other than "Sophia Fox Dog" this is something I've always wanted to do and I'm so stoked that we're doing it!

"Sophia Fox Dog Gets Adopted" was written by Sam Carter and Abby Kirk when Abby was working in a school with many children who had been in foster care or through the adoption process. They realized that their stories were largely not represented in children's books and wanted to write a book for the class to show that their stories were important too.

The story also aims to teach children to think about what rescue dogs may have gone through in the past before finding their adoptive families. This is a cause close to our hearts and large portion of the proceeds will go to https://www.wunderdogrescue.com/ and https://twitter.com/RRAdogs to help more dogs like Sophia find their forever families.

This has been in the works for a long time and I'm so happy to finally be able to share it with you! Thank you Abby believing in us and this book and thank you Victoria for doing such an incredible job on the illustration ❤️"

Sophia Fox Dog Gets Adopted is out
Friday 9am GMT from https://sophiafoxdog.com/password ❤️🦊

Sophia Fox Dog Gets Adopted is out
Friday 9am GMT from https://t.co/VIk5USBSqY ❤️🦊 pic.twitter.com/rNmxHIduD7