The Offspring finally sharing details and the title track of their 10th studio album... And some legendary hot sauce to match!

The Offspring are releasing their 10th studio album and some legendary hot sauce to match. Their next album will be called "Let The Bad Times Roll" and released the first song off it. Frontman Dexter Holland said the album is inspired by the unique time in history we are currently living in. The album is set to come out on April 16th. "Our tenth studio album 'Let The Bad Times Roll' will be available everywhere on April 16, 2021! That's right, we have a brand new album coming out this year! 🏴‍☠️ ☠️
TRACKLISTING
This Is Not Utopia
Let The Bad Times Roll
Behind Your Walls
Army of One
Breaking These Bones
Coming For You
We Never Have Sex Anymore
In The Hall of the Mountain King
The Opioid Diaries
Hassan Chop
Gone Away
Lullaby
"I feel like we're in a unique period in history where instead of our world leaders saying 'we're doing our best' it's more like they're saying 'f*** it' and its really scary." - Frontman Dexter Holland
"Folks are saying, if it's all going to Hell, we might as well make the most out of it, or at least go out swinging. 'Let The Bad Times Roll!'" - Guitarist Noodles

Check out the title track here.

Our tenth studio album 'Let The Bad Times Roll' will be available everywhere on April 16, 2021! That's right, we have a brand new album coming out this year! Pre-Save LET THE BAD TIMES ROLL now at https://t.co/SAt7eMgsbV 🏴‍☠️ ☠️ pic.twitter.com/JjKxLbWssc

Give It To Me Baby, Uh huh uh huh

A new Offspring album is set to come out this year. Guitarist Noodles and frontman Dexter Holland revealed on Twitter their 10th studio album is done. The band members told fans they would let them know the release date as soon as their label allows them to share the news. The band hasn't released an album since "Days Go By" in 2012.

"ALL I WANT is the new Offspring album. I hope it's release isn't a MILLION MILES AWAY. But whenever it does get released. I'm sure it'll be ONE FINE DAY. In the mean time I'll get ready to HIT THAT play button & there won't be a track that i CAN'T REPEAT" - Twitter user Robin Finnerty @9TeenAT5 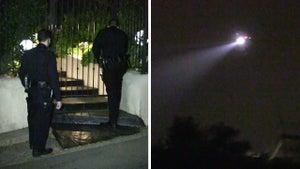 Rip Your Face Right Off New Chevelle and details on their New Album due in March!

The name of the New Chevelle album coming on March 5th is "N.I.R.A.T.I.A.S." Don't try to pronounce it! It's an acronym for "Nothing Is Real And This Is  A Simulation." It's their 9th studio album and Pete and Sam have been working hard on it with producer Joe Barresi (Tool, Queens Of The Stone Age) Complete track listing ANNOUNCED!

Chevelle have revealed the track listing for their ninth studio album, "NIRATIAS". Set for a March 05th release date, that effort will officially run as follows:

Check out the cover art, official pre-orders and merch offerings at the link and The album's first single, "Self Destructor" video below. In November, Chevelle debuted their first new music from the project with an acoustic version of a song called "Endlessly." The song premiered on the band's YouTube channel.