Weird and wonderful! ROB ZOMBIE releases the music video for "Shake Your Ass-Smoke Your Grass" off the album 'The Lunar Injection Kool Aid Eclipse Conspiracy'. The music video, was animated by Balazs Grof. He filmed some of this at Upheaval festival in Grand Rapids Michigan.

ROB ZOMBIE will head on the road for the "Freaks On Parade" U.S. Tour with MUDVAYNE, STATIC-X, and POWERMAN 5000 which kicks Off On July 20th and stops at The Blossom Music Center Cuyahoga Falls (near Cleveland) on Wednesday August 3rd.
441 Hits
Tags:
Rob Zombie New Video Mudvayne Static X Powerman 5000
Tweet
441 Hits

‘Freaks On Parade’ come out at night...and to Ohio 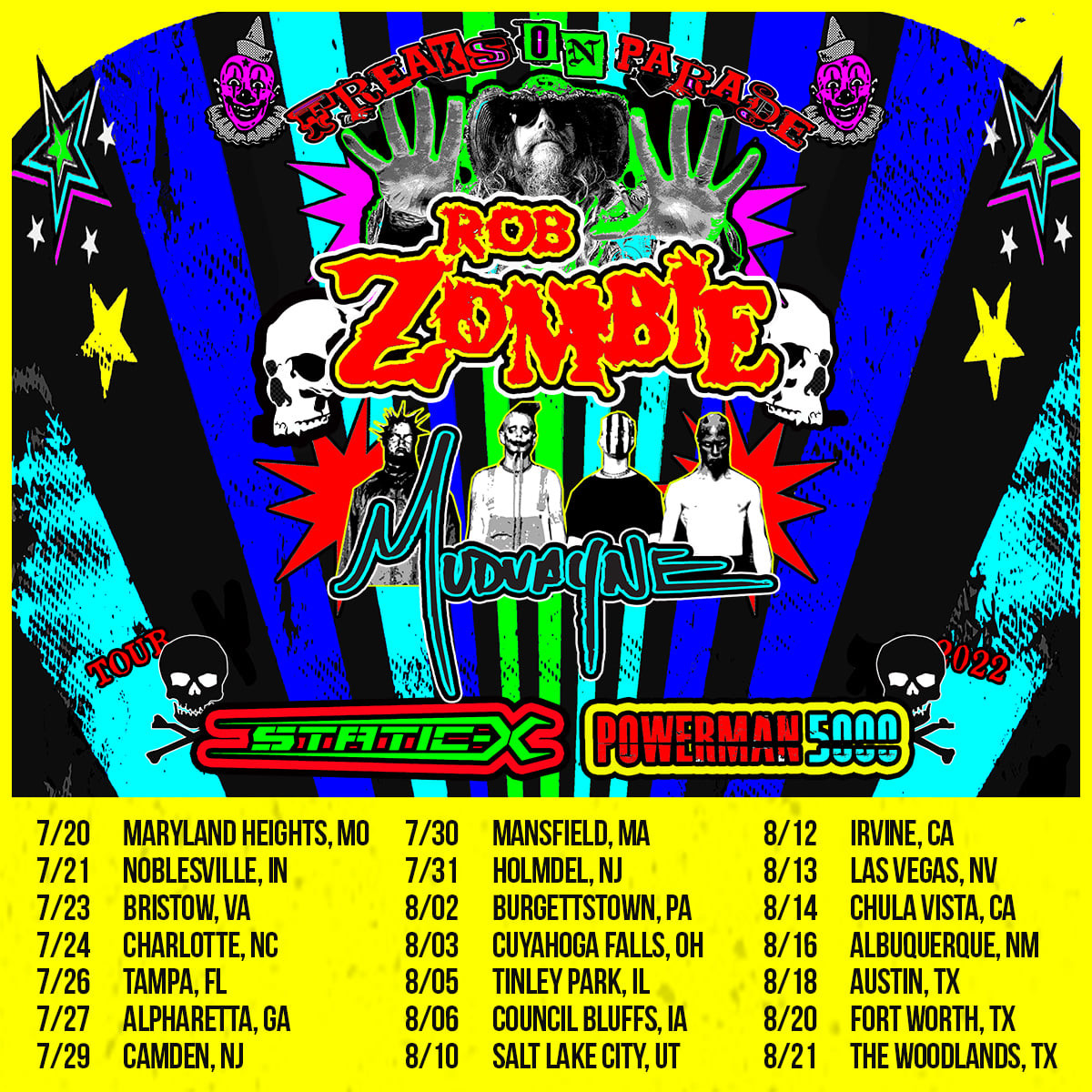 Rob Zombie and Mudvayne will be co-headlining a summer tour lovingly titled 'Freaks On Parade with Static-X and Powerman 5000. Tickets go on sale this Friday, March 25th at 10:00am local time.