The Blitz Presents An Intimate Evening With Corey Taylor 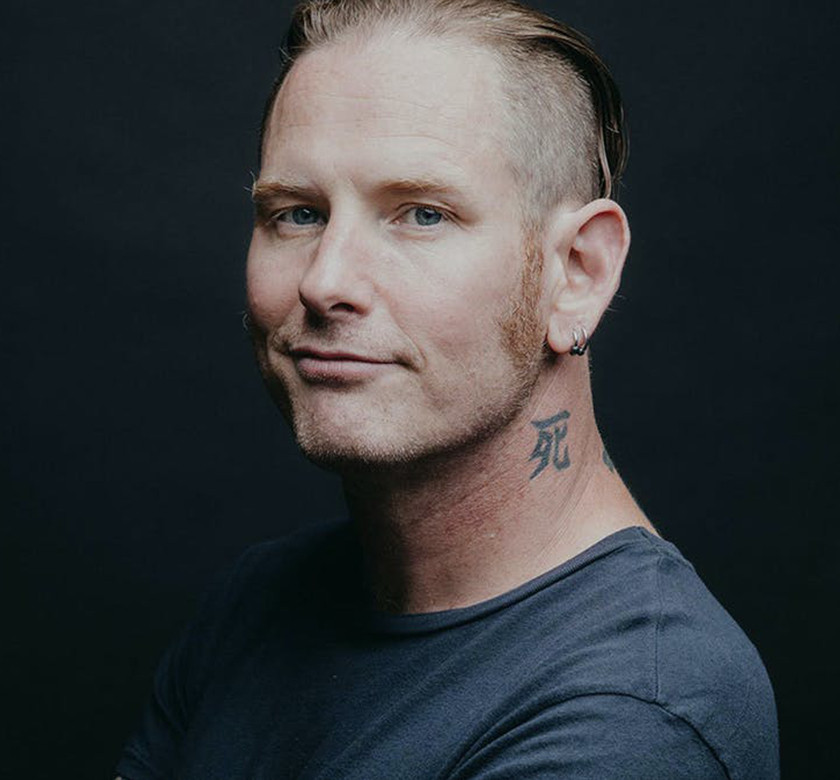 99.7 The Blitz Presents An Intimate Evening With Corey Taylor In Conversation with the Ultimate Fan Q&A! Tickets Go On Sale this Saturday Nov 20th at 10am at CAPA.COM, But we're blowing out pairs of tickets each hour Saturday & Sunday 12n-5pm! Listen for your chance to score a pair of tickets to catch Grammy-winning musician, actor and author Corey Taylor (Slipknot, Stone Sour, CMFT) up close and personal at The Davidson Theater on Monday Dec 13th. An Intimate Evening with Corey Taylor, from Your Rock Station, 99.7 The Blitz!

Corey is doing a small set of shows before Slipknot heads out on their international tour and he's coming to Columbus to hang out with us at The Davidson Theater out for a coupla' hours. 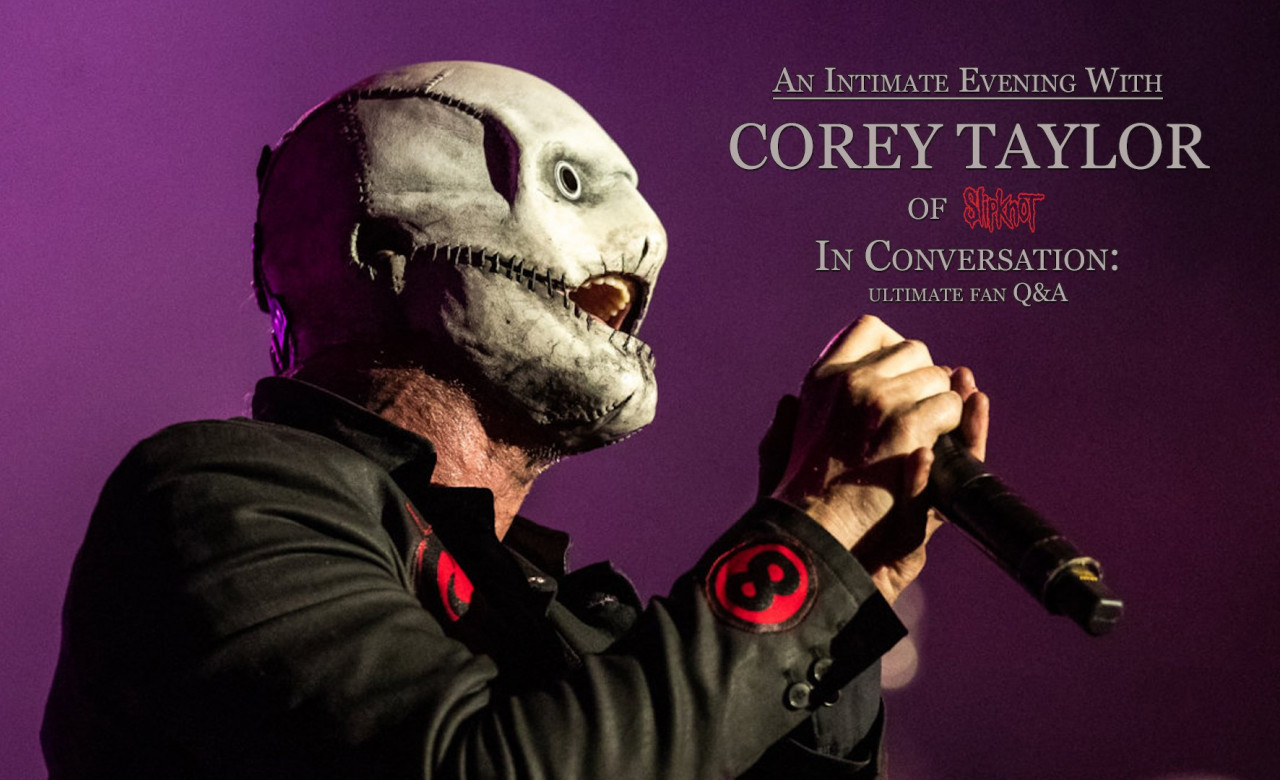 VIDEO UPDATE! Corey Taylor is "out of the woods" while battling coronavirus....Corey Taylor's video message brought tears to my eyes! 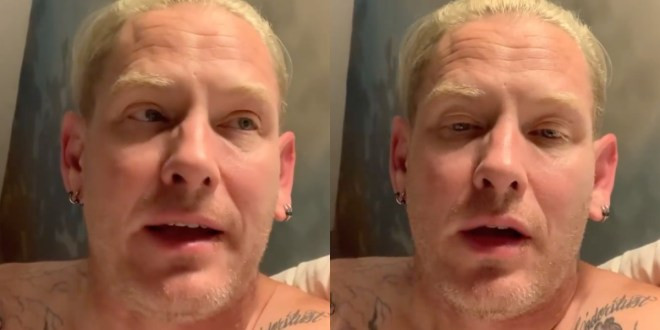 UPDATE! Corey Taylor is "out of the woods" while battling coronavirus. In a Twitter video Monday, the Slipknot frontman said while he's still testing positive, his fever and aches are gone. He said it shouldn't be too much longer before he tests negative. The Stone Sour frontman said he truly believes the vaccine helped him get better from the worst sickness he has ever experienced. Taylor said he "shutters" to think how bad he would have felt if he weren't vaccinated. He told his fans they should roll up their sleeves and get the jab.

Corey Taylor tested positive for Covid, is very sick and is crushed that he has had to scrap his planned appearance at this weekend's 'Astronomicon 4' convention in Ann Arbor, MI. Corey had previously been fully vaccinated and just wrapped up the second leg of his solo tour (August 19th) in Denver, CO. He was one of the first established artists to take to the road amid the COVID-19 pandemic. For that first leg of the trek he implemented a blanket safety policy that imposed specific safety protocols throughout the tour regardless of local and state guidelines. Well wishes Ass Kicker!

He shared this video message via the event's Facebook page...
"I wish I had better news. I woke up today and tested positive, and I'm very, very sick. So I'm not gonna be able to make it this weekend. And I am absolutely devastated. I am so sorry. I hope everyone has a good time, and I promise you I will absolutely try to get back there as soon as I can. I should be okay — it's the flu. I'm vaccinated, so I'm not worried. But I certainly wouldn't want to spread it to anyone else. So, everybody be safe out there. And thank you so much. And I will see you again, I promise."

Just a little update on how I’m recovering. Thanks so much to everyone who sent their best wishes and to friends and family who reached out. pic.twitter.com/haWwWZbdN3

The song was written by Fil Eisler, Taylor and Ian. Check out the end credits of the film for proof! The movie and soundtrack premiere on April 9th.

"One of the great things about scoring movies is that I get to play in a lot of different musical sandboxes and occasionally the opportunity comes up to invite in some special guests. Anthrax and Slayer played a huge part in my childhood and I've been a fan of both Corey [Taylor] and Lzzy [Hale] for years, so when the idea of doing an orchestral metal score came up, it was a perfect excuse to go straight to the source. Why fake it when you can work with the real originals! It was honestly one of the most outright fun experiences of my scoring career so far" - Fil Eisler

"It was awesome to work on this track with Lzzy and be a part of the film Thunder Force. It is always nice to be creative and work with other artists in the community, especially during this extended time at home. I'm excited for everyone to hear the song and see the film!" - Corey Taylor

"I'm beyond excited to be included on the Thunder Force soundtrack, surrounded by friends, representing the genres I love so much, Rock and Metal! You won't know what hit you! Remember, LIGHTNING NEVER STRIKES IF YOU CAN'T FORCE THE THUNDER!" - Lzzy Hale

"I have had the privilege of working in the music industry for over 35 years. There is something incredibly exhilarating about performing on stage, specifically the edge that comes with the off the rails style of music I play. Working with Fil Eisler on Thunder Force somehow captured that same feeling. This score is a powerful musical engine. It was a pleasure to be a part of the team that helped this come to life." - Dave Lombardo
In a world where supervillains are commonplace, two estranged childhood best friends reunite after one devises a treatment that gives them powers to protect their city. Check out the trailer below!!  https://www.netflix.com/title/81079259
1712 Hits
Tags:
slipknot Stone Sour Halestorm Slayer Netflix
Tweet
pinterest

Stone Sour shared the “Sadist” Demo for our consumption.

A demo version of the track "Sadist" from Stone Sour's second volume of their "House Of Gold & Bones" album series, was unleashed by the band today.

"Sadist: One of the 'Personality Voices', it lives for corruption and does it best to draw the Two Sides into an open conflict to settle the scores once and for all."
-Stone Sour Guitarist Josh Rand
1777 Hits
Tags:
Stone Sour Sadist Blitz Rock blitz
Tweet
pinterest
First Page Previous Page 1 Next Page Last Page