This Is What It Looks Like To Get Injured On Stage. 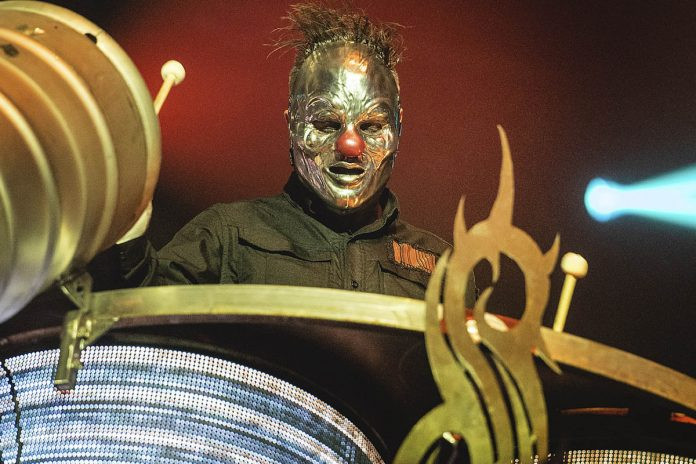 Slipknot's Shawn 'Clown' Crahan posted the video at the very moment he tore the bicep tendon in his upper arm while on stage banging it out like the Slipknot co-founder and percussionist does nightly! Slipklnot was touring the States for the Knotfest Roadshow when the injury happened.

Crahan gave a detailed explanation of how it happened in the caption of his Instagram post.
"Ladies and gentlemen,
If you look close enough, you can pinpoint the exact frame where Clown completely tore the bicep tendon from the radial tuberosity with proximal retraction, proximal to the coronoid fossa of the humerus.
With that being said, you may have realized I was not on stage in Florida with my brothers and my culture tonight. For this fact I am saddened. I had surgery today in Los Angeles, everything went great, and I am recovering peacefully.
I can't express how happy and blessed I am to have been able to come back to touring after all that we as a community have been through the last couple years. And I promise we will see you all very soon. Thank you.
Hail The Knot"
Crahan previously announced that Slipknot is working on a new album named 'Look Outside Your Window' and Slipknot frontman Corey Taylor later added that the album is about 80% done. The band also released a new song, 'The Chapeltown Rag,' from the new album.
Wishing you a speedy recovery Clown!
1413 Hits
Tags:
slipknot Knotfest The Clown Shawn Crahan OUCH
Tweet
1413 Hits