Stranger Things’ Joseph Quinn (Eddie Munson) was at Lollapalooza and jammed "Master Of Puppets" with Metallica. Watch both videos here.

Metallica premiered the live video of their Stranger Things-themed performance of "Master of Puppets" at Lollapalooza last week.
During the solo, the video screens showed footage from the Netflix "Stranger Things" character Eddie Munson shredding the classic crusher "MASTER OF PUPPETS" during the season four finale, which has led to a newfound thrash glory for the song \m/\m/
The Metallica and Stranger Things collaboration continued throughout Lollapalooza weekend when Eddie Munson actor Joseph Quinn met the metal legends for the first time backstage at the festival. Netflix posted a video of the meeting, which saw Metallica and Quinn jam "Master of Puppets" together. Metallica also gifted Quinn with a signed replica of the guitar he played on Stranger Things. 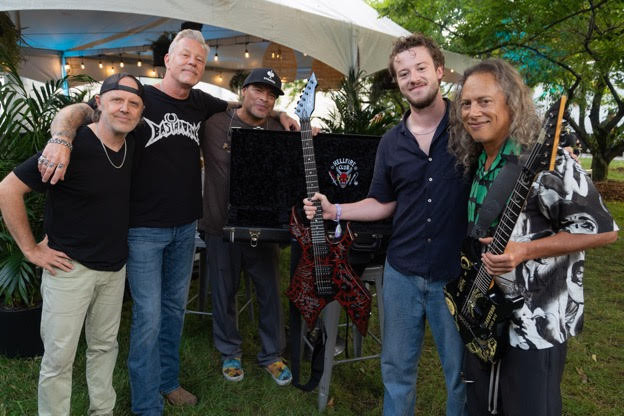 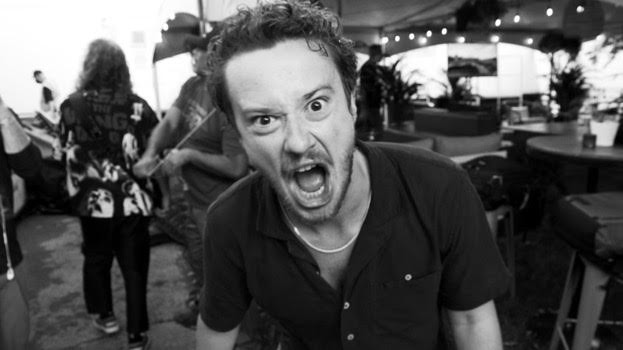 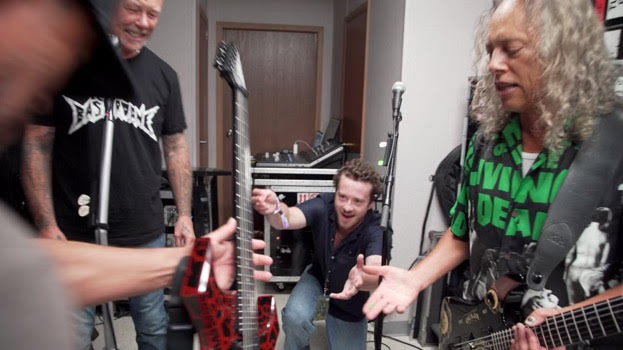 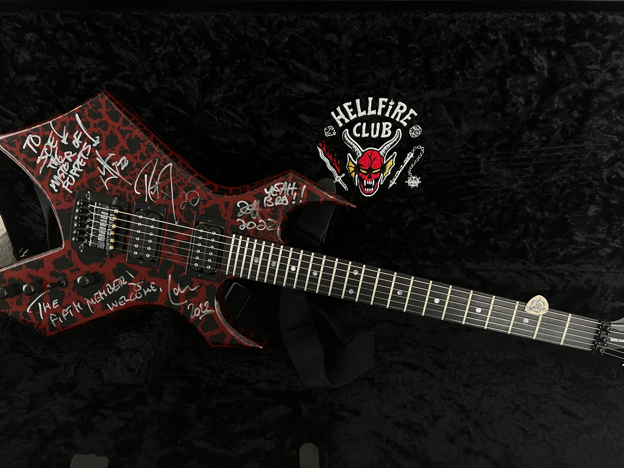